Face of Foothills 2011- The Final Ten

Face of Foothills 2011- The Final Ten

When Arizona Foothills set out to find their second-annual Face of Foothills, they held 14 Casting Calls at Westcor shopping centers. Thousands of beautiful faces applied and snapped head shots in an attempt to win the contest. The Face of Foothills contestants competed in four rounds of voting, which narrowed nearly three hundred models to only ten beautiful faces. 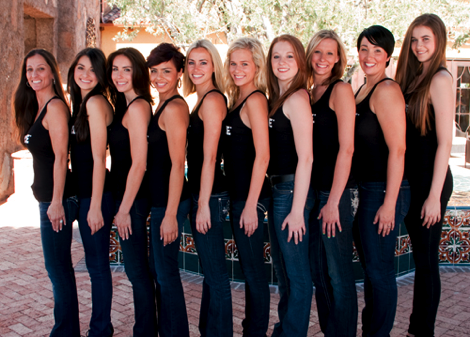 The winner will receive an awesome prize package, including a professional photo shoot, cover and fashion spread in Arizona Foothills Magazine, their face on the header of AZFoothills.com and e-newsletters for a full year, a $5,000 piece of jewelry from Molina Fine Jewelers, $1,000 cash furnished by Arizona Foothills, $500 to bebe, a year long membership to Crossfit Scottsdale, a two-night stay at the W Scottsdale, spa treatments from the Alvea Spa at Encanterra, spray tan credit, a year's supply of Tasti-D-Lite frozen dessert and a year's supply of Popchips!

The Top Ten Face of Foothills contestants met Arizona Foothills at Encanterra October 29 for headshots, mini videos and one last chance to impress! All models were drop-dead gorgeous, and the panel at Arizona Foothills still hasn't made up their mind!

Let's get to know the Top Ten Faces a little better. Here they are in order of final ranking!