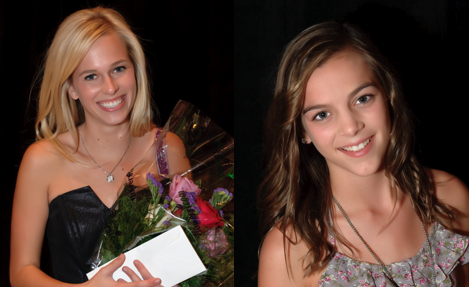 The two winners were crowned in front of hundreds of their friends and families at Scottsdale Fashion Square November 4. The finale event was fun for the whole family, and the conclusion to months of Web voting that narrowed more than a thousand models down to 22 finalists. All guests enjoyed:

Last year's winner, Stephanie Mannon, presented both winning models with flowers, and Alfredo Molina was there to award them with gifts from Molina Fine Jewelers.

Madison has won an awesome prize package, which includes: