Save Lives With the American Heart Association Virtually!

The American Heart Association’s mission is more critical than ever as...

Organizers for the annual Tucson Jazz Festival have announced they are canceling the 2021 event planned for March 20-21, 2021. Concerns for public health due to the rising spread of COVID-19 prompted the Board and leadership to cancel the popular festival, with plans to resume in 2022.

"While we hoped by March of 2021 we would be able to host the Festival in a safe, enjoyable manner, it is now clear it's just not worth the risk," said Khris Dodge, Tucson... 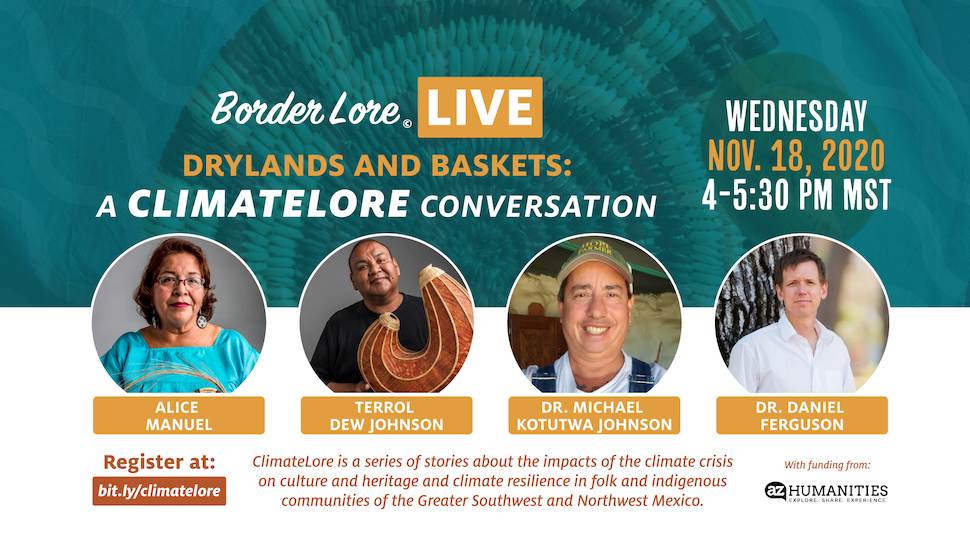 Join the Southwest Folklife Alliance (SFA) for a conversation with Indigenous culture bearers about the ways climactic and environmental changes are impacting their practices and how they are meeting those changes with resilience...

The 47th Annual Tucson Meet Yourself (TMY) Folklife Festival looks a little different this year, given COVID-19. But innovation and adaptation are mainstays of shifting traditions and culture. Instead of a three-day single weekend event, TMY 2020 happens throughout the whole month of October, with dozens of online events and a handful of safely distanced in-person events. Upholding the spirit of festivals past, all programs highlight the uniqueness of the TMY...

4ever Bound - Because Memories Don't Belong in a Drawer

4everBound - Because Memories Don't Belong In a Drawer

About two years ago, while attempting to organize the garage, it became painfully clear that we had a whopping 49 combined years of art and schoolwork collected. Treasured memories and milestones we just couldn't bear to throw away. Artwork, handprints, penmanship, spelling tests, essays, even a letter that Becka wrote Ian after they had a big fight one day. There was no way we were throwing those things out. So, we shuffled some plastic bins around, made a mental note to "do something with all that someday", and went on with our lives.