For the fourth year, AZFoothills.com has asked readers to weigh in on their favorite people, businesses and hidden treasures in the Valley. Thousands of nominees were chosen by the public, editors and focus groups, and duked it out for the honor of calling themselves the Best of our Valley.

After millions of votes were cast at AZFoothills.com over the past 60 days, voting has concluded and more than 250 winners have been chosen! 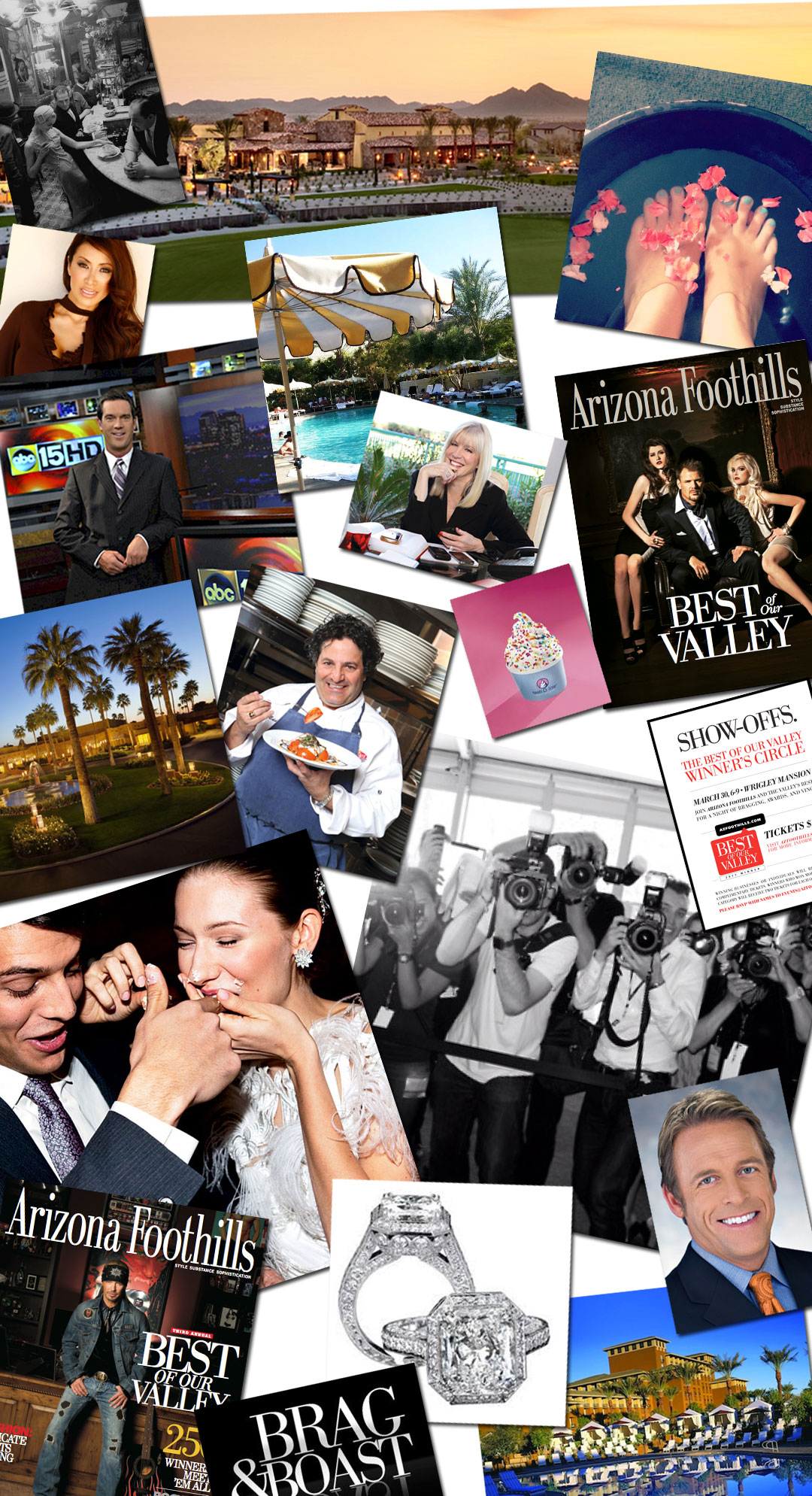 The best of winner each category this year will be featured in the March 2013 issue, a tell-all guide to the coolest people and places in the Valley of the Sun, as chosen by its residents. The winner with the most total votes will be featured on the cover of Arizona Foothills Magazine' s Best Of issue (but we aren't telling who won the cover just yet!).

As a special thanks to the winners and those who helped them attain their "Best Of" status, a celebratory fete will be held in March 2013 - details to come! All those who won this year can download their 2013 Winners logos here.

And now, click through the below categories to learn if your favorite sushi spot, nonprofit or newscaster is a winner!

To nominate a business, person or item for the 2014 contest, e-mail bestof@azfoothills.com by September 1, 2013.