Oregon vs. Auburn tickets are going for record-breaking prices on EBay and Craigslist. A foursome of tickets (which retail for only about $350 each) just went for $16,548,48! That's a 91.6% mark-up.

Now we're wondering, are these loaded Tiger and Duck fans who will be dropping boatloads of cash in the Valley, businesses trying to impress their clients or superfans slapping these tickets on credit cards and squatting on couches?

Arizona Foothills hears the Four Seasons Resort & Spa at Troon North is set to build and open an additional 70 rooms, and add a brand-new spa to their beautiful North Scottsdale location.

Things are looking up, up north.

Word on the delicious, fresh and modern culinary street is Fox Restaurant Concepts will be opening a new bar in Sky Harbor Airport called Bar Fly this February, which will be similar to the Culinary Dropout concept that opened last year at Scottsdale Fashion Square. Think gastropub with amped-up munchies. Waiting for your delayed flight with carry-ons just got a little more fun.

There's another one in the pipelines- on the coattails of the recent True Food Kitchen opening in Orange County, Fox Restaurant Concepts has a plan to open another True Food in Dallas in the upcoming year.

Head to The Good Life Festival and listen to the talented and famous saxophone player Kenny G on January 29 at Encanterra- A Trilogy Country Club! 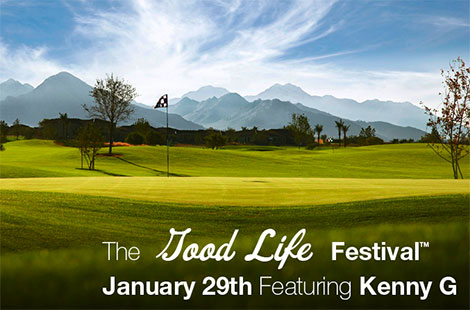 MMA Advertising, a local advertising and PR firm, have changed their name and logo. What once was MMA Advertising- which stood for the initials of the three partners- is now ANDERSON Advertising & Public Relations, named for the firm's owners, Ted ANDERSON & Sheri Anderson.

"We're starting the year with a new name and new brand," says Jeff Hecht, "it's great to start fresh in 2011!"