This Just In: Erik Peterson Looks Like a Disney Prince

This Just In: Erik Peterson is just as dreamy as a Disney prince. Are we right, or are we right? 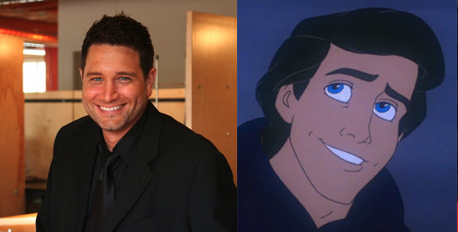 Erik Peterson and Eric from The Little Mermaid. Which came first?

Jennifer Croll Back in Arizona

Jennifer Croll, Arizona boutique-owner and brain behind "The Mix" is back in the Valley, but we're told her latest project has little to do with clothing.

That's right, our source (who wishes to remain unnamed) says Croll is in the restaurant business this time around.

We wish her the best with her new endeavor!

Bristol Palin, daughter of American politician and political commentator Sarah Palin, has been offered a job by Phoenix radio station Mix 96.9. It is said that she would be sitting alongside Matthew Blades, 96.9's morning disc jockey.

The 21 year-old recently purchased a $189,000 home in Maricopa and is said to be enrolling in Arizona State University. The controversial young star recently placed third on Dancing with the Stars.

Look out for more information on Mia Francesca closer to its grand opening!

Peterson Architecture will now be known as PHX Architecture™ (Phoenix Architecture Design & Planning™), representing the changes the company is making from the inside out. The firm believes that business objectives must evolve with the times and have embraced this by pushing the envelope with every new project that has come its way. PHX Architecture will broaden its objectives by accommodating to their residential client as well as growing a commercial client base. “We recognize the need to know who we are and what our goals are as a company,” Peterson says. “We’re doing something fresh to allow us the opportunity to present ourselves to a wider market.”

The company is structured...