The Biggest Deal-Breakers for Men and Women

The Biggest Deal-Breakers for Men and Women 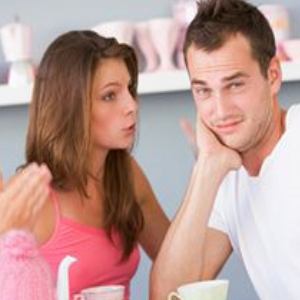 What's the one thing that really annoys you about a potential partner?  Before getting into a relationship, you might want to consider these physical deal-breakers for both girls and guys.

What’s your biggest deal breaker; you know, that one thing that completely, utterly, 100% turns you off?  Well according to relationship blogger and Candace Bushnell-type author Lennie Ross, there are 5 physical deal breakers both men and women should be aware of.  And lucky for us, Ross is offering an array of ways to overcome these fiery red flags.

Starting off with the ladies.

Ross says bad breath is the number one thing women find repulsive in men…and turns out, it’s quite a common (and smelly) problem.  An immense 50-65% of people suffer from it, but the good news is that it can be prevented.  For guys to keep her kissing, Ross suggests investing in a Sonicare toothbrush and brushing within 20 minutes of each meal.  And this might come as a surprise…Ross claims you should avoid mouthwash!  That’s because it contains alcohol, and alcohol=sugar=a bacteria breeding ground.  Opting for a little parsley pre-date isn’t such a bad idea because the oil naturalizes bad breath.  You can also try a once-a-day reflux medication.

And guys should bid farewell to grease; yep, Ross says greasy skin is a significant turn-off. When you’re on the go, utilize handy blotting papers…and when you’re at home, use an oil-free toner.  And your potential beau might want to consider monthly facials.  Drinking enough H2O is also a natural fix.

Ok—as much as we love manly men, we don’t love crackly feet.  Yep, footsie isn’t much fun when it’s rough and calloused, and gnarly toenails are just not attractive, so you might want to consider clearing out your fungus-infested culprit.  Ask your guy to get in touch with his feminine side…there’s nothing wrong with monthly male pedicures.  Oh, and you can combat smelly feet with charcoal anti-odor shoe inserts.

The forth thing women want is for their guy to have nice hands, so like your feet, Ross suggests men should put some TLC in their hands and fingernails.  Instead of chewing your cuticles, apply cuticle cream regularly to keep the skin soft. You’ll also want to keep those fingernails short—you may even want to pair that monthly pedicure with a mani.

And finally, Ross says women abhor excess body hair on men as much as they do on themselves. If your man’s chest hair is just too much, convince him to get a wax.  And truth be told, every girl appreciates a little man-scaping below the belt. If you’re feeling frisky, you can get super smooth using an electric beard trimmer. And as for facial hair, consider an electric nose/ear trimmer… A little manly make-over never hurt anyone.

Ok, it’s time for the men.  Ross actually conducted a recent survey only to find some turn-offs that might pleasantly surprise you.

First, she says it’s not men who think overly thin is beautiful.  Yep, guys says a typical deal breaker is women who are excessively under-weight.  (Thank goodness!)  Ross found that guys actually consider anorexic-looking bodies repulsive; in addition, they don’t like girls who are so calorically psycho.  However, guys DO want a fit, healthy woman, so keep that body fat at a solid ~24%.

Next, many men feel a lot of visible piercings and tattoos are too much.  Excessive ink doesn’t really put off that girl-next-door-look guys often seek in a wife.  To rid yourself from those frivolously youthful mistakes, Ross suggests looking into laser tattoo removal.

Also, Ross found guys are turned off by too much make-up.  I’m happy to report Ross says men want to see the real you, and besides, they hate waiting for hours for their girl to get ready.  Of course you’ll still want to cover-up, but try to lessen your foundation load.  If you can get ready for a date in 15 minutes or less and still look fab, your guy will be really impressed.

Finally, Ross says an orange tan is just not pretty--guys don’t want to date a carrot.  That’s why all my fellow sun-goddesses should steer clear of crazy tanning products.  Instead, get that glowing effect with a little body shimmer. 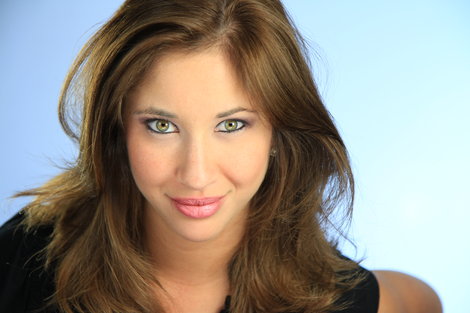