Rachel Roland is a mom on a mission - exploring the Valley with her two little companions in search of the best restaurants, attractions, and products for you and your children. See what she has in store for your family today! 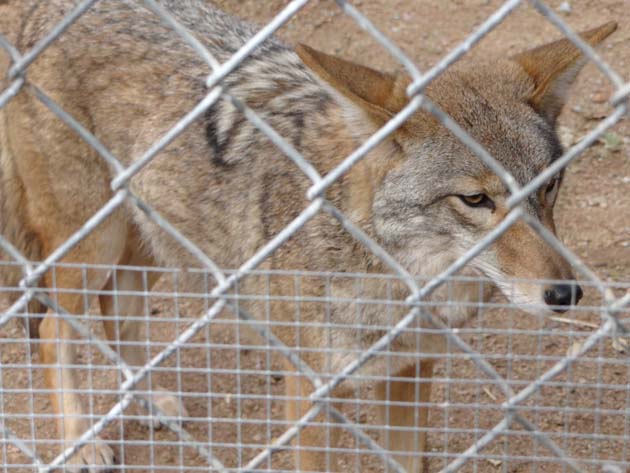 The Southwest Wildlife Conservation Center is located in east Scottsdale, on a 10 acre parcel of land just off a dirt road. It was an adventure getting there, with the beautiful desert surrounding you and the Four Peaks on the horizon, and it was worth the trip.

Hillary, our tour guide (one of her many jobs at the Southwest Wildlife Conservation Center), greeted us and talked to us a little about the mission of the SWCC.

Like a lot of animal sanctuaries, the SWCC was born of necessity - there were no rehabilitation centers for Arizona mammals in 1994 when it opened. They have a clinic on site for injured or orphaned mammals that are found in the wild, and the SWCC is proud to say they can relase 70% of the animals they receive back into the wild. Those that cannot be released - either they were kept as pets and didn't develop the skills needed to live in the wild, or suffered injuries to great to function in the wild effectively - are kept at their site. 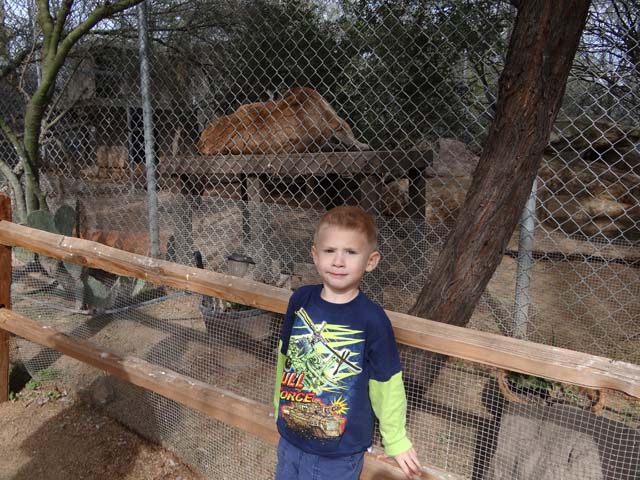 For instance, this mountain lion (one of many housed at the SWCC), was taken from his mother as a cub and raised as a pet. The people who took him fed him meat only, when he was still meant to be nursing, and so he became severely malnourished. He came to the SWCC with three broken legs and a broken pelvis - isn't that sad? It's amazing that people can be so bold to take wild animals out of their natural habitat and expect them to live as a pet! 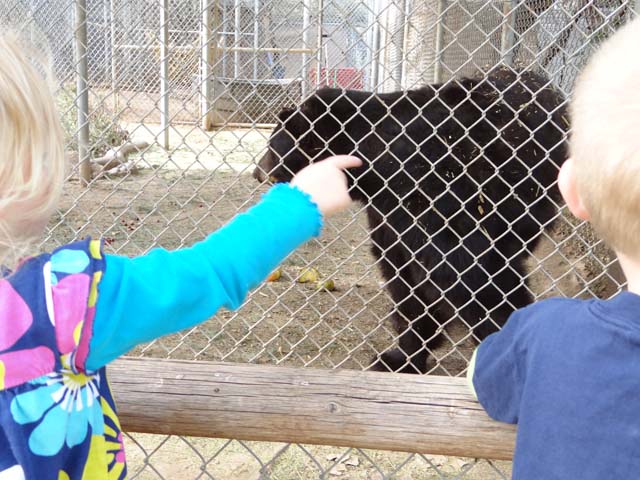 In fact, a lot of the animals we saw on our tour were once pets - from coyotes, to bobcats, to a 300lb black bear! This big black bear, aptly named Barry, was taken from his mother as a cub by two boys who raised him as a pet. When he was discovered (by shocked parents, I imagine), the parents called a local zoo to take him in. Sadly, Barry had absolutely no skills to communicate with other bears, and was taunted and tormented by the other bears he was housed with. He then came to SWCC, where he can spend his days playing in his pond.

SWCC also participates in the Mexican Grey Wolf Recovery Program, so they house some of the grey wolves as they pass through Arizona. As the only sanctuary in Arizona that is able to care for such large (and dangerous) mammals, they are an invaluable resource for our state, and we're all very fortunate to not only have it here, but to be able to tour it, as well!

Tours are by appointment only, and you call call the Education Department of the SWCC at 480-471-3621. They are $10 for adults and $7 for children ages 3-15 and the tour lasts about an hour. They also have a great little gift shop - we of course bought a couple of cute stuffed animals - a coyote for Jeremiah and a black bear for Sarah. The SWCC is located at 27026 N. 156th St. Scottsdale.  Their website is also full of great information about Arizona wildlife.

In addition to tours at their facility, the Southwest Wildlife Conservation Center also takes an educational program to schools around the area. They rely completely on donations and grants, as well as the funds provides from field trips and tours - it's a great organization to support! 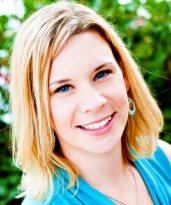 I'm Rachel - a mom, wife, and 'green' blogger at Small Steps On Our Journey. If you have any suggestions for future articles or any questions on this one, please contact me at rachel@smallstepsonourjourney.com or tweet me @rachelroland!