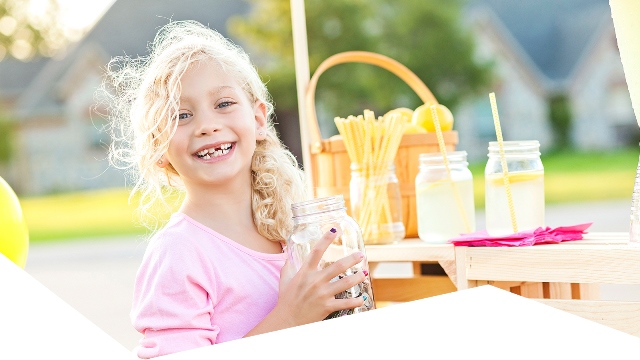 In celebration of their respective company anniversaries this summer, bluemedia and Duality Public Relations are teaming up to inspire and support budding entrepreneurs with "Take a Lemonade Stand."

The two firms are donating 100 custom-fabricated lemonade stands and marketing/PR support tools to kids who have a vested interest in launching a fundraising effort this summer to support their school or a local nonprofit.

During their fundraising campaigns, the kidpreneurs will be able to receive supporting materials for their lemonade stands on a microsite, where they’ll also get instructions on how to set up a virtual lemonade stand to generate additional sales. The microsite will also allow them to track their fundraising progress. Participants will be encouraged to share photos of their lemonade stand successes on social media throughout the summer using the hashtag #LemonadeLife.

bluemedia and Duality PR will support the kidpreneurs throughout the summer with virtual check-ins through Facebook Live, where the firms will provide inspiration, share marketing tips, give updates on the stands’ fundraising efforts, and field questions from participating kidpreneurs and their parents.

Duality PR officially celebrates its third anniversary on June 2, and bluemedia officially celebrates its 20th anniversary on Aug. 1. The two firms started ‘Take a Lemonade Stand’ to help give kids an entrepreneurial mindset at an early age. With a retail price of $225 each, the lemonade stands are custom-designed, custom-fabricated, and custom-wrapped in colorful, eye-catching vinyl graphics. Built to be portable and withstand the rigors of an indoor or outdoor pop-up location, the stands are comprised of recycled, oversize paper rolls, and Falconboard, a corrugated cardboard structure developed by Hecxacomb, a Packaging Corporation of America brand and partner of bluemedia.