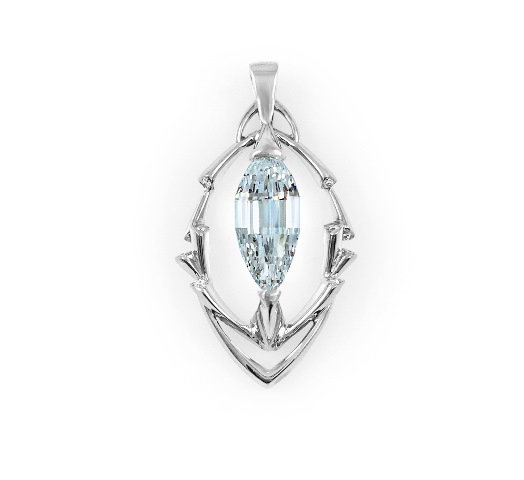 The spectacular 4.6 carat Esperanza Diamond - the most valuable diamond ever discovered in the U.S. - is now touring the United States and will be on display at Black, Starr & Frost salons in Newport Beach and Phoenix this month. As part of the three-month tour, the glistening colorless diamond will be on display at the Black, Starr & Frost location in the Phoenix salon from Jan. 20 to 23.

According to Black, Starr & Frost Chairman Alfredo J. Molina, this is an exceptional diamond and a very rare find in this country. Acclaimed master diamond cutter Mike Botha of Canada's Embee Diamonds was tapped to cut and finish the diamond, spending 130 hours cutting and polishing the flawless Esperanza on an 800-pound cutting table. Botha will demonstrate his painstaking diamond cutting technique in both Black, Starr & Frost salons. Plowed from deep in the ground at the Arkansas Crater of Diamonds State Park, the rare icicle-shaped gem is the fifth largest diamond ever found at the park. When uncovered it was 8.52 carats, half the size of a quarter. In its finished state, it totals 4.6 carats and is named Esperanza, Spanish for hope, after the founder's niece. Most importantly, Molina said, the diamond possesses the highest possible grades for color (D) and clarity (IF - Internally Flawless). More than 75,000 diamonds have been unearthed in the park - one of the world's only diamond-producing sites open to the public - since the first diamonds were first discovered there in 1906.

"We are honored to display this precious and beautiful diamond," Molina says. "In addition to its exquisite natural beauty, it showcases the talents of some of the industry's top professionals." After it leaves the Back, Starr & Frost Phoenix salon, it will be on display at Molina Fine Jewelers, also in Scottsdale. With an estimated $1 million value, the diamond is available to purchase using an open bidding process through Black, Starr & Frost until Feb. 15, 2016. The diamond will be awarded to the highest bidder.