Kathy Shayna Shocket has the inside scoop on the social scene and celebs. 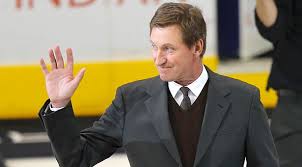 On the very same day that the NHL announced the sale of the Phoenix Coyotes hockey team to Ice Arizona, Co., a 53- foot -semi truck pulled into the driveway of Wayne Gretzky’s Scottsdale compound. A team of workers scrambled to begin the all day task of packing up everything in the 5,600 square foot luxurious home tucked away in a secluded Scottsdale gated community.

Although Wayne owned the Phoenix Coyotes years ago and was head coach until 2009, there’s no connection between Gretzky’s moving day and the NHL’s announcement not to move the team from Phoenix.  It’s just ironic. Very ironic.

The Gretzky family owns homes in California, Toronto (where he has a fantastic restaurant "Wayne Gretzky's Toronto", and a vacation home in Idaho which has 2 huge water slides in the backyard. (He also  sold his Thousand Oaks home in California in 2007 for $18.5 million.) The  moving truck in Scottsdale bearing the Mayflower/DIRCKS MOVING name with Gretzky’s belongings of hundreds of boxes and furniture  - was reportedly headed to Los Angeles. 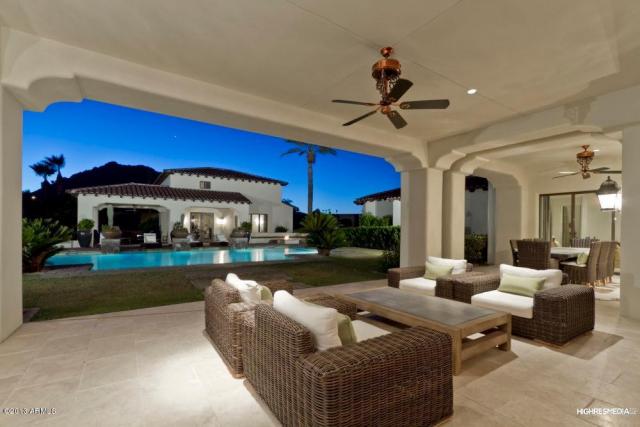 As for the Scottsdale home, the former hockey player known as “The Great One” bought it for $1,737,450 in 2003. He just put it on the market two months ago and the Spanish style estate listed for $3.395 million has already sold. Out of town buyers purchased the sprawling property nestled in a subdivision of only about 12 homes. The main house has 3 bedrooms and 3 baths, vintage chandeliers and high ceilings. Not to mention the stunning guest casita pictured above.

Kathy Shayna Shocket is a freelance Writer, Photographer and TV-Field Producer based in Phoenix, AZ. She's a former TV Reporter who's written for publications such as TIME Magazine, Money Magazine, PEOPLE Magazine, The Hollywood Reporter and The NEW YORK TIMES. You can reach her at   This e-mail address is being protected from spambots. You need JavaScript enabled to view it