Lose Your Love Handles in 2012 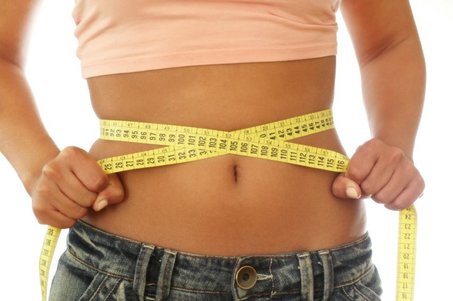 Here's a holiday treat to consider: get a smaller waistline without exercise.  Yep, that's something even Santa can't deliver...but one local doctor can.  Here's the skinny on the hottest non-invasive treatment helping you ditch the fat forever.

We’re just about 4 months out—I can’t believe it.  Before I know, wedding bells will be ringing and the fiancé will become my husband.  So of course a main thing on my mind (like many brides) is rocking that white (or ivory) wedding dress.  (And then looking A-list in that honeymoon bikini!)

No matter your shape or size, there are just some body parts tough to get rid of.  For some, it’s our thighs, and for others, it’s our gut.  But for me, it’s my beloved love handles.  However, I’ve come across a medical miracle:  CoolSculpting.

Ok, it might not be a miracle, but it is known to work magic.  With help from the fabulously lovely ladies at Scottsdale’s Shapiro Aesthetic Plastic Surgery, I gave the non-invasive procedure a whirl.

Dr. Daniel Shapiro’s office is in the Paradise Valley Skin Klinic close to Old Town, but it flaunts a Los Angeles-like finesse.  The chic; yet, welcoming atmosphere is perfect for anyone looking for a little (or a lot of) improvement.  Truth be told, there’s nothing wrong with some cosmetic assistance, right?!

I’ll explain further in a bit.

After filling out some basic paperwork, I was introduced to my CoolSculpting connoisseurs, Kristy Harris and Stephanie Willis, both Medical Estheticians and Certified Laser Technicians.  The gals work under Dr. Shaprio, specializing in conducting CoolSculpting sessions.  First, they examined my personal problem spots marking up my body. And while they were totally kind and professional, I still felt like I was in an episode of “Nip/Tuck,” being asked what I don’t like about myself.

The girls explained CoolSculpting is optimal for those with a normal shape and size; people that eat right and exercise.  The attractive thing about the treatment, though, is that it pinpoints areas that just won’t seem to go away, despite how much you hit the gym.   The treatment involves freezing fat cells without damaging your skin.  In laymen’s terms, we’re all born with a certain number of fat cells.  When we work-out, these fat cells become smaller.  When we pig out, they become bigger.  And according to doctors, there’s not much you can do on your own to decrease your number of cells.  That’s why CoolSculpting is apparently very effective.

A Vacuum-like pressure is used to pull targeted areas between cooling plates, that over a period of an hour, cause fat cells to breakdown and eventually disappear.  After a couple months, it’s said about 25% of the treated area diminishes.  Yep, just like magic, you’ll lose inches off your waistline.  (SOLD!)

So anyway, after the girls and I decided where my vacuum-like suction cup would freeze off my love handles, they got me situated it a comfortable private room equipped with a personal flat-screen (and cable!).  First, they spread a gooey concoction over my right-side—it better protects the skin from the CoolSculpting suction.  Then, they placed the vacuum over that concoction, and just like that, my skin was gently sucked between the cooling plates.  After that, I very carefully made myself comfortable, as the suction tends to pop off if you move too quick.  Then, I sat still for 60 minutes, watching TV, as my fat cells began their disappearing act.

There were no needles and no lasers; no prep time and no prerequisites.  And the cooling process wasn’t even painful!  In fact, I really didn’t feel much at all.  Plus, time flew by because the ladies and I chatted it up like old gal-pals.

After an hour, the suction was removed and I felt a little numb.  But within minutes, my body was back to normal, and it was then time for round two.

Kristy and Stephanie did the same deal on my left side, and 60 minutes later, I had completed the entire CoolSculpting treatment.  They told me I’d likely start seeing a smaller waistline within two months, and things would be permanently gone by four.

Oddly enough, just in time for our wedding.

So if you want to enter 2012 on a lighter note, give CoolSculpting a go. It's definitely a cheaper alternative to liposuction.