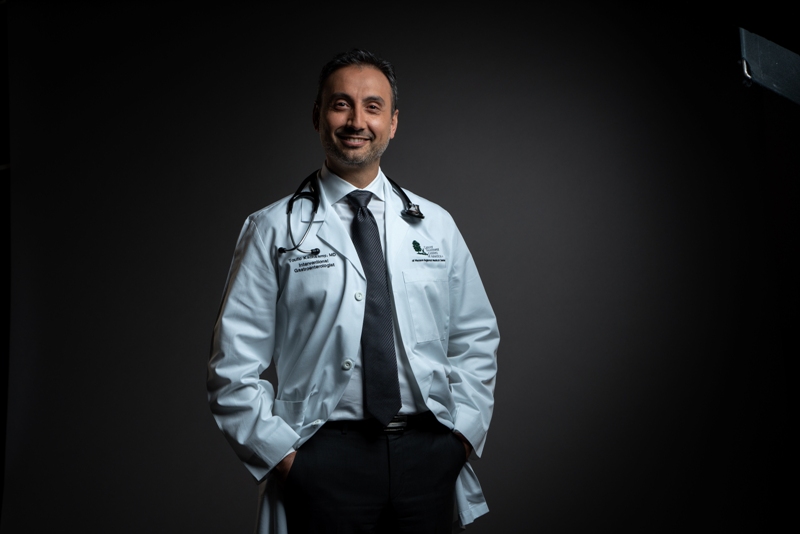 Once considered an “older person’s disease,” colon cancer among millennials is on the rise. Here’s why.

Millennials are now twice as likely as the generation before to develop colon cancer, and at quadruple the risk of developing rectal cancer—even as diagnoses among the general population decline—according to new research from the American Cancer Society (ACS). Since the 1980’s, the number of new colon cancer cases has fallen sharply, but that’s not the case for people in their 20’s and early 30’s.

And while it’s true that when found early, colon cancer is treatable, the definitive gold standard for prevention—the routine colonoscopy—is typically only offered to people who are 45 and older. Last year, ACS updated the guidelines to recommend starting screening at 45 instead of 50, but that still leaves the younger population untouched.

In my work as a gastroenterologist at Cancer Treatment Centers of America (CTCA) in Goodyear, I consider myself something of an evangelist when it comes to prevention messages. The best advice I give any patient, especially millennials, consists of three vital components.

First, know your family history. Too often, colon cancer goes undiagnosed in young people because either their parents (or other close relatives) didn’t have the disease, or they haven’t asked the right questions. Find out if anyone closely related to you has a history of polyps, which may lead to the disease. Be very specific: ask your first-degree relatives if they’ve ever had surgery to remove polyps, or if they’ve had any abnormal findings that required repeat colonoscopies prematurely, and provide your primary care doctor with this information at your next appointment. And remember: our goal as treating physicians is to remove polyps before they may become cancer.

Second, be sure you know what’s normal for your body. Bloody stools are the most obvious cause for concern and should not be ignored without a physical exam, sigmoidoscopy or colonoscopy to find the source of the bleeding. Also keep an eye out for other symptoms like narrow stools or the feeling that you need to empty your bowel but cannot. Persistent abdominal pain and unexpected weight loss also may be signs of the disease; if you notice either, call your doctor immediately.

Finally, mind your waistline. Increasingly, the medical community is finding that a variety of lifestyle factors can influence the prevalence of colon cancer. Chief among these is obesity, which is on the rise among the Generation X and millennial populations, and can safely be described as an epidemic of both national and global proportions. Almost 60 percent of American children and teens will be obese by age 35, according to a study in the New England Journal of Medicine. But the good news is that small changes may help. By improving your diet and exercising (or just plain moving) more, you reduce your risk for colorectal and other cancers.

The recent ACS research is somewhat of a wake-up call for younger generations and a step in the right direction. Colon cancer, if found early, is potentially curable. But everyone must know what to ask, what to look for and what can be done to reduce their risk.