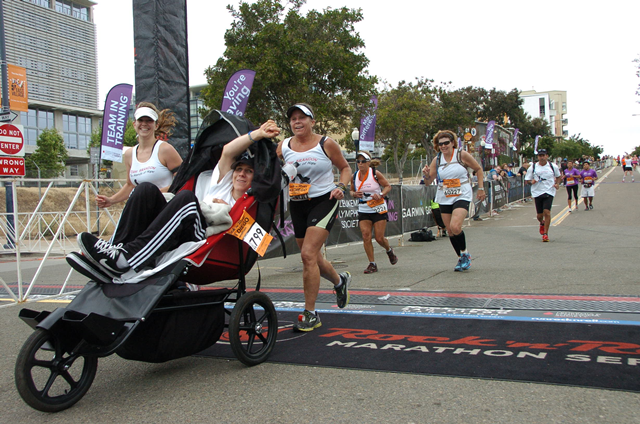 At the age of 21, Brandon Fonseca got behind the wheel while drunk, resulting in an accident that killed his best friend and left him requiring 24-hour care. Since its creation, The Next Step Foundation Team Brandon has dedicated itself to helping individuals with traumatic injuries and empowering their caregivers, while raising awareness about the dangers of drinking and driving.

Bright neon shirts with the words “VOW TO DRIVE SOBER” on either side—don’t be surprised to see a group of people wearing this flashy attire at the front lines the next time you attend a race in Arizona. This is The Next Step Foundation Team Brandon, a nonprofit that raises awareness about the dangers of drunk driving. After driving drunk in 2001, Brandon Fonseca, whom the nonprofit was built around, now requires constant care from his family as a result of the accident.

Cari and Arnie Fonseca, Brandon’s parents, had previously run a neurological therapy clinic where Brandon worked as a technician. A year after the accident, they built a new clinic to include “total immersion” care for patients. While officially named The Neuro Institute, the words “Brandon’s Neuro Institute” were placed proudly on the wall in the entrance of the new facility, Cari says.

Then, nearly a decade after having opened, The Neuro Institute closed down in 2012 amidst the troubled economy. It was during this time that Cari says she began taking walks with Brandon, who was fitted into a special chair. These short walks turned into longer walks, until eventually Cari and Brandon participated in their first official run—a full-fledged marathon. “I was in tears,” she says. “It was incredible.”

The Next Step Foundation began to grow into something bigger and better than the Fonseca family could have imagined. Cari explains that The Next Step Foundation Team Brandon now participates in races across Arizona and the country, brandishing their vibrant T-shirts and a message to vow to drive sober. “My whole message is people have choices,” Cari says.

Team Brandon also frequently visits schools to tell their story, hoping to make an impact not by lecturing but by showing kids that the choices they make can dramatically affect their lives, Cari explains. “Because Brandon is the offender and not the victim, I think our voice reaches them in a different way.”

During these presentations, Cari says she speaks to anywhere from 10 to 500 students. Often, DUI task force officers join the presentation as well, bringing beer goggles to emulate the feeling of being intoxicated.

In the short term, Cari’s goal for The Next Step Foundation Team Brandon is the opportunity to speak to 74 schools this year. But they can’t do it without the funding. Someday she hopes the foundation will be financially self-sustaining, allowing them to reach out to as many schools as possible. “Even if I can save one kid or adult from making a bad choice, then we’ve done what we’re supposed to be doing.”