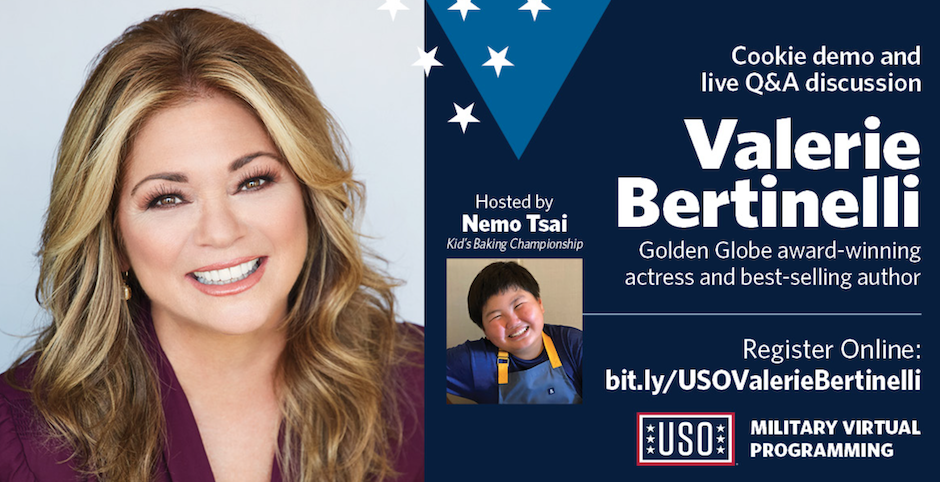 On Monday, April 26 at 5:00 p.m. PDT, USO Arizona will host a virtual cookie demonstration and live Q&A with Golden Globe award-winning actress and best-selling author Valerie Bertinelli, along with her friend Nemo Tsai of Kids Baking Championship for military families in honor of Month of the Military Child, celebrated annually during the month of April. About 50 military families will participate in the virtual cookie demonstration and live Q&A, which is part of the 2021 MVP series.

In addition to the MVP virtual event, the USO at Fort Huachuca, which celebrated its one year anniversary in December 2020, recently welcomed staff and service members from the United States Army Intelligence Center of Excellence (USAICoE) for a cooking demonstration on how to make several meals in a short time period. Over 20 service members were able to participate in the interactive demo held in the demonstration kitchen at Fort Huachuca. The demonstration kitchen is an interactive tool where members of the military can take cooking classes and enjoy meals on base.