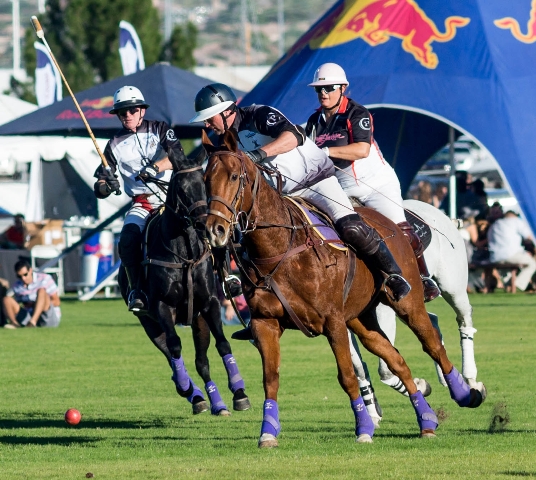 The 6th Annual Bentley Scottsdale Polo Championships, “The World’s Greatest Polo Party” and America’s most attended polo event, return to the fields of WestWorld of Scottsdale, bigger and better than ever Saturday, Nov. 5--and tickets are still available.The day starts at 10 a.m. with a full day of non-stop competitive polo action, along with exciting events and activities for all.

New elements this year include a “The Women’s Sunset Polo Match.” Attendees will also have an opportunity to be entertained by the “Cultural Concert.” Making its debut at 4:30 p.m. and ending at sunset, the concert will include music from the Scottsdale Philharmonic, Arizona Opera, Arizona’s top hip hop and rap artist RoQy TyRaiD, and DJ Maestro Hughes, who has performed at the GRAMMY Awards.

The polo matches will be just as thrilling as ever. Polo icon and GQ model Nic Roldan, one of the polo world’s hottest stars will play in The Bentley Scottsdale Polo Championships for the third time, joining the Aspen Valley team, led by Melissa Ganzi, which will be defending its title in the featured match.

Starting off the day’s matches, local polo club Polo Azteca will face off against the visiting La Jolla Polo team at 10:30 a.m. At 12:30 p.m., the Scottsdale All Stars will battle Palm Springs Polo on the pitch. The day’s signature match, at 2:30 p.m., pits the nationally-renowned and the defending champion Aspen Valley Polo Club against the Palm Beach Polo Club, with special guest Ricky Cooper. Be sure to enjoy a post-match after-party and concert that will keep the fun going until 6 p.m.

Fans can sit field-side, sipping Champagne in the luxurious Barrett-Jackson Champagne & Jazz Lounge. Another unique ticketing option is to experience a combination of luxury and polo like never before. At The Phoenician High-Tea Tent, an attendee will get shaded, field-side tent seating, all with beautiful views of the McDowell Mountains for the polo matches, as well as tea service and a no-host bar.  Other tents lining the field are offering incredible parties, with DJs spinning the latest music to entertain guests.

For those seeking to mix and interact with the polo stars, reserve your VIP seat or table now in the Molina Fine Jewelers Drivers & Players VIP Lounge.  It’s the only VIP experience to offer complimentary food and cocktails, alongside premier seating. And for art lovers, there’s the ArtPolo Auction Pavilion, featuring a daylong auction of beautiful artwork by Scottsdale-based J. Levine.

In addition to these exciting new elements and seating options, other Bentley Scottsdale Polo Championships favorites will return! Canine lovers are invited to show off their pooches in a popular dog fashion show called The 2016 Canine Couture, produced by Oh My Dog! Boutique and Spa. Equine aficionados can take in a preview of the 2017 Scottsdale Arabian Horse Show, which features the world’s most beautiful Arabian horses. Exotic and luxury car enthusiasts will get a sneak peek of the 2017 Barrett-Jackson Collector Car Auction, along with many other spectacular vehicles, from the Ferrari Club of America-Arizona Region and the Arizona Lamborghini Club. The World’s “Longest” Catwalk Fashion Show, produced by Phoenix Fashion Week, will also hit the runway.

Tickets are on sale now at www.thepoloparty.com. All table purchases in the Molina, the Barrett-Jackson, and the ArtPolo Auction Pavilion, will include a bottle of Veuve Cliquot Champagne.