Canal Convergence 2017 the Best Yet!!

Canal Convergence 2017 the Best Yet!! 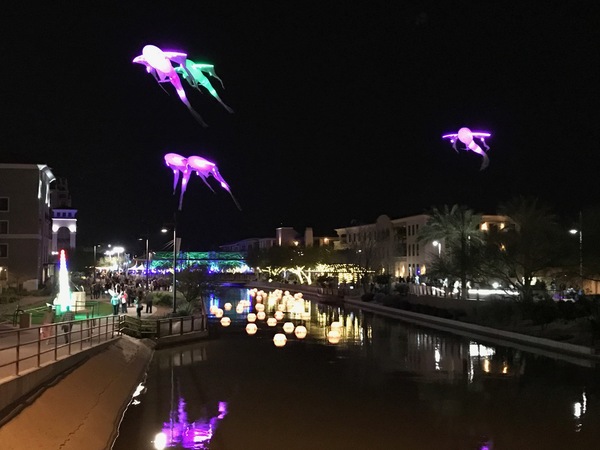 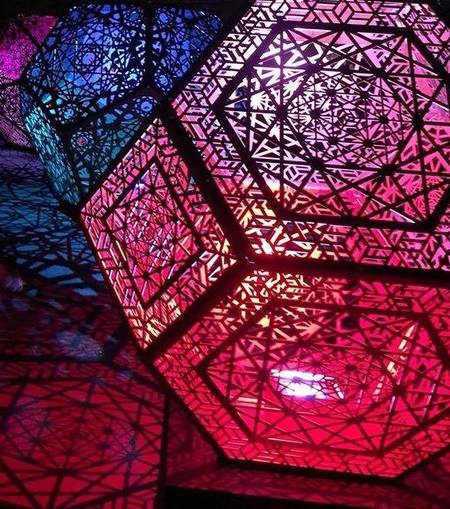 Scottsdale Public Art literally lit up the night with art, neon and music activating the sky, water and land with fascinating and familiar sights for Canal Convergence 2017. This year’s festivities featured a eclectic array of live music from local bands from around the valley, including Phoenix Afrobeat Orchestra, Whiskey’s Quicker, and AZ Beat Lab, just to name a few activated Soleri Plaza along with a beer and wine garden courtesy of Two Brothers Brewing Company and Tap House. Artists led workshops and lectures, plus several wonderful dance demonstrations from RIOULT Dance NY and The 7 Fingers. It was perfect weather for families to stroll the Scottsdale waterfront exploring and enjoying art created by both local and international arts. 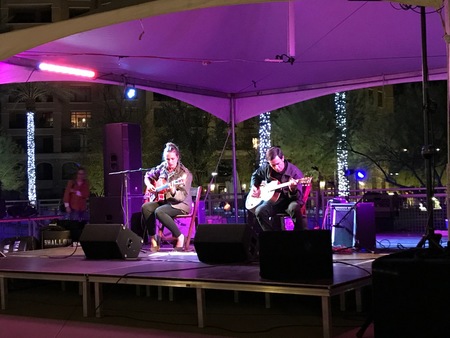 A brilliant geometrical rhizome construction engulfed the Marshall Way Bridge with lines and subtle colors, created by Tom Dekyvere specifically created for the Scottsdale bridge and canals. The huge hit of Canal Convergence were the floating Les Lumineoles which were glowing dragonfly crap "light kites" where danced in the sky. Below in the water floated 50 light installations titled “Lentille d'eau” of luminous spheres that lit up the waterway of the canal. Dazzling shadow play, colors, and the intricacy of Yelena Filipchuck and Serge Beaulieu "Hybycozo" with three polyhedron sculptures that truly excited and engaged the crowds. 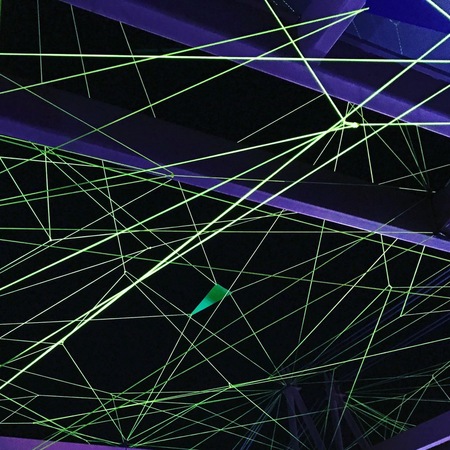 Brightly colored interactive “spinning-top” sculptures “Los Trompos” from Mexican Art Duo Esrawe and Cadena delighted the crowds. While local artists Ashley Macias and Isaac Caruso painted live, creating a follow up mural to their original 2013 aquatic themed murals. Speaking with the artists they were tasked with answering the question "Where are they now?” inspiring the artists to expand on and revision the creatures today resulting in some colorfully fantastic and otherworldly water creatures. 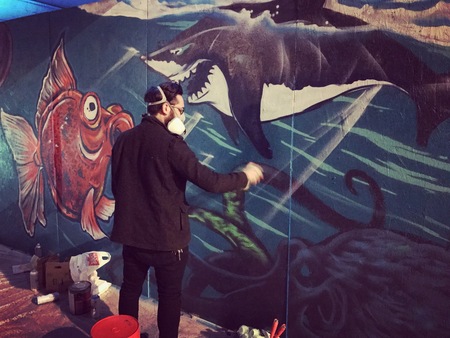 IMPULSE Creations designed interactive seesaws that lit up and generated a unique sound based on its riders. Great fun had by all sparking laughter and smiles from both young and old, nostalgic for our childhoods. Seven flowers reminiscent of origami were bigger than life size, which bloomed and changed colors as people moved around them titled “Blumen Lumen” created by Foldhaus Artist Collective. “Moonflower” was a garden of flower sculptures by Lee Yun Qin, that were composed of netting painted with glow in the dark paint and led light placed inside, lighting up as the sun sets presents. 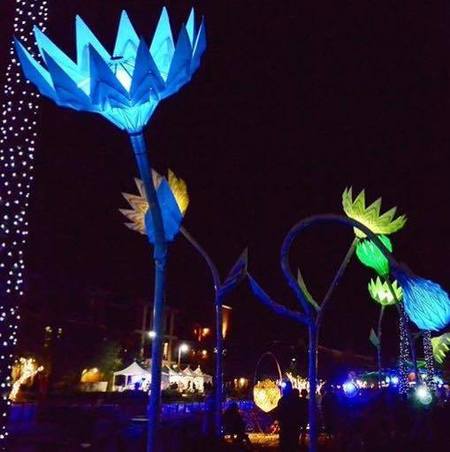 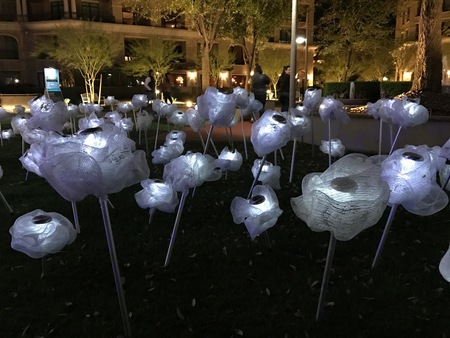