Bringing together the visual and performance art worlds ARTELPHX Fall 2014 provided an exciting multimedia art experience at The Clarendon Hotel and Spa. 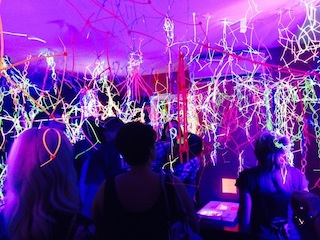 Successfully activating the entire hotel utilizing hotel rooms and the hotel’s Oasis Pool, allowing viewers and hotel guests to be emerged in the installation art experience. This stimulating three-day event ran from September 25th through September 27th, bringing out record crowds to the Clarendon. Upon entering the massive ARTELPHX experience visitors were greeted by a video installation projected on the large wall adjacent to the pool, a pair of neon lit lovebirds, and a stage setup around the pool where groups performed comedy, dances and more. With only the simple guidance of a small map from the front desk and small placards with the title of the installation and who created the work, visitors discovered intriguing art installations, dance performance, and more. 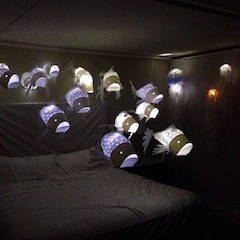 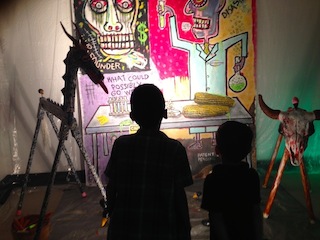 The highlights of the event included a psychedelic “Thrill Room” by artist Denise Yagmourian who filled the room with glow in the dark ties strung together creating a maze of colors and shapes and it was an interactive encouraging viewer’s to add to her creation. Fred Tieken “GMO-Genetically Modified” room merged the world of art and science transforming the room into a bold and colorful laboratory including paintings, sculptures, fog machine, limited edition pins and more while asking the viewer what’s in your food? Rafael Navarro and Holly Anderson installation “Flow” featured beautiful suspended paper sea creatures that were lit with led lights and a serene underwater dreamland. Wayne Rainey and Grace Gallagher merged video and performance art around the idea of “rebirth” with their stunning piece “Nude”. They created an intimate and moving performance within a small stark white room where Gallagher danced in sync to a stunning video that was projected on the room walls created by Rainey. The video was of Gallagher performing a choreographed dance and gave the packed audience multiple view perspective of the dancer. Viewers were also treated to performances poolside of the corky and strange “Plastic Monsters” who performed an episode of their show “Peachy Keen Moon Machine”, as well as several performance art pieces including an emotional duo titled “Vice” by JAMovement that was viewed and enjoyed from all levels of the hotel. 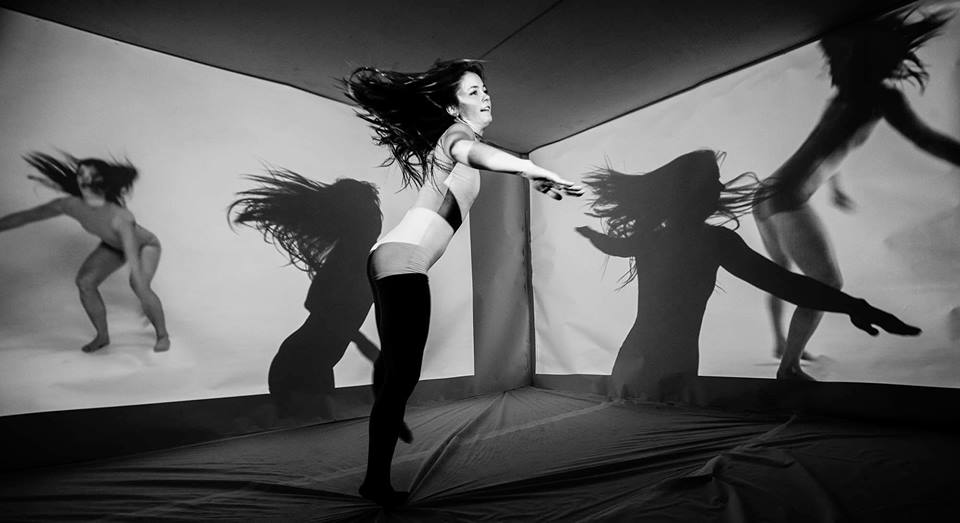 ARTELPHX Fall 2014 was incredibly successful and curator Tara Sharpe continues to bring a brilliant selection of art and performances, pushing the bar for the Arizona art scene not to mention bringing in a new audience to experience our local arts. Kudos goes out to the Clarendon Hotel and Spa, the Phoenix Art Museum, and several local businesses for sponsoring such a great event and further supporting our local arts community. For more information about ARTELPHX visit http://www.artelphx.com/.