The History of El Charro Café

The History of El Charro Café

Established in 1922, El Charro Café is the nation’s longest-running family-owned and -operated Mexican restaurant around. And, for Tucsonans, it’s located just around the corner. 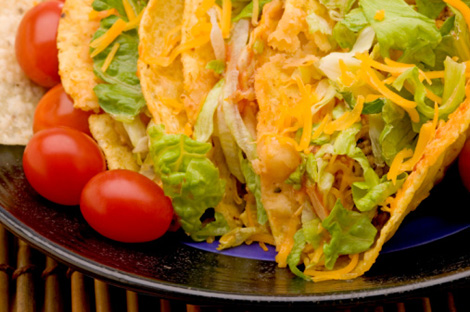 History states that El Charro was the culinary creation of Monica Flin, daughter of Jules and Carlota (Brunet) Flin. Born and raised in Tucson, married life took Monica to Mexico, where she resided until her second husband passed before returning home. Her love of cooking and desire to share it with others forged a dream to open a restaurant; however, times were rough and money was tight. Her sister’s financial assistance would afford Monica just enough money to open a one-room restaurant, named El Charro after the “gentlemen horsemen” better known as Los Charros in Mexico.

The first few months after El Charro’s grand opening were rocky. According to the restaurant’s Web site, “Monica worked on short-term credit—very short-term. When a customer arrived, she would dash out the back door and cajole the neighboring Chinese grocer into giving her the provisions she needed. Then she would rush back to her kitchen, prepare the meal, serve it, collect the customer's money and return to the grocer to pay her bill.” Somehow, she managed to earn a profit. 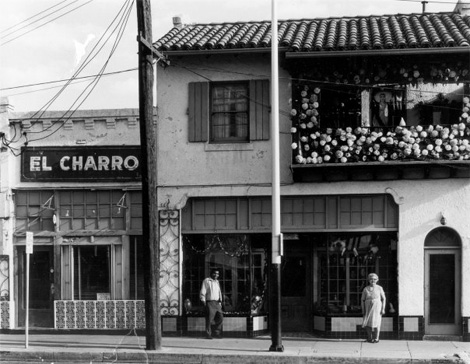 In 1968, Monica moved El Charro to the old family home on Court Street which she inherited from her parents, making it the fourth and current location. (Its historic address has earned a place on the National Registrar of Historic Places, designated as site No. 14 in the El Presidio District.) Monica’s father built the now-restaurant’s high ceilings out of black basalt rock that he quarried from the base of “A” mountain. The décor’s curios, tables, chairs, Mexican picture calendars, murals and saints’ pictures are all from the original El Charro restaurant.

In 1972, Monica’s health began to decline. She asked her sister Zarina to take over. A few years later, Zarina would relinquish the reins to her daughter, Flores, now the current chef of El Charro. “Whatever the meal, whatever the season, every meal at El Charro is served with color, music and, whenever possible, good company,” Flores says. 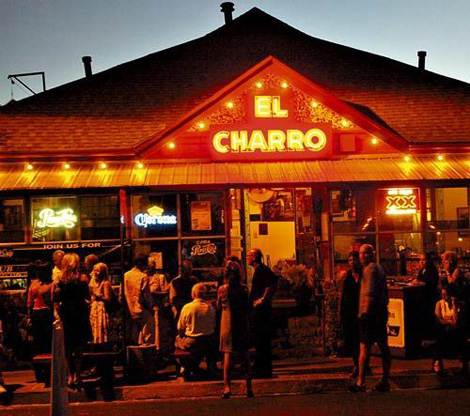 Keeping the cuisine the same, Flores has added a boutiquelike market where patrons can easily pick up a few pre-made restaurant staples when not in the mood to dine in. Their biggest sellers are the world-renowned homemade salsa and tamales. In addition, the little store has great gift-giving ideas like calendars, gift cards and cookbooks, perfect for foodies.

In addition to running the restaurant’s kitchen, chef Flores teaches cooking classes, manages the restaurant’s catering business and soon hopes to launch Carlotta’s Cocina Chonita Foods, which will offer wholesale foods nationally. She, like her Great-Aunt Monica, has a culinary vision that not only reaches people’s bellies, but also their hearts.