The greatest show on grass is close to teeing off with a new star-studded celebrity lineup featuring the most decorated Olympian of all time, the NFL all-time leading rusher and the player with the fourth most home runs hit in baseball history. 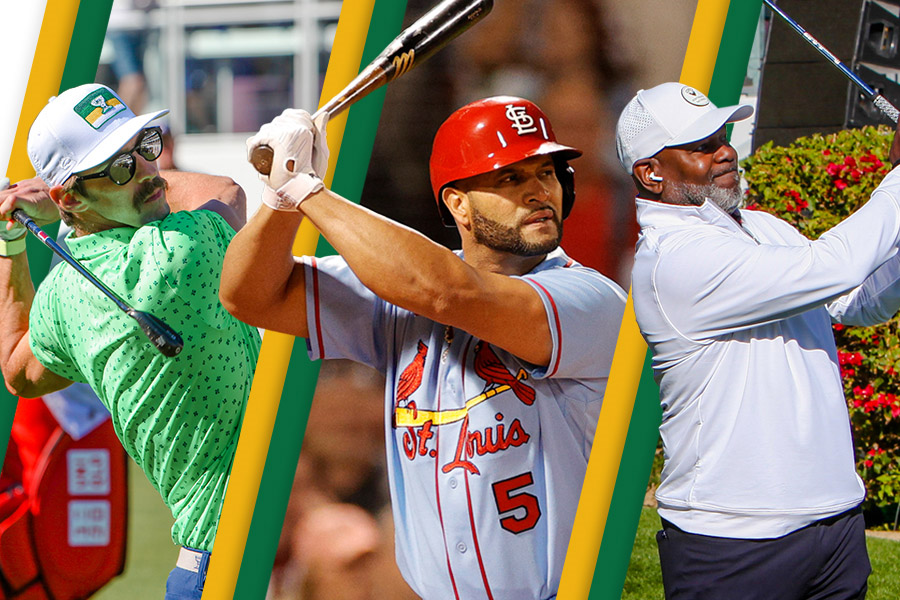 “The Annexus Pro-Am is a highly-anticipated event for our fans every year, and we have high expectations of world-class celebrities and athletes making a special appearance with the Super Bowl in town,” says 2023 Tournament Chairman Pat Williams. “We are thrilled to announce the start of what will be an amazing Pro-Am field of star-studded athletes and celebrities heading into tournament week.”

With the roster still forming, Micheal Phelps, Emmitt Smith and Albert Pujols are amongst the first of many celebrities to announce they will compete in the 2023 WM Phoenix Open Annexus Pro-Am on Wednesday, Feb. 8, at TPC Scottsdale’s Stadium Course.

Phelps will compete in the Annexus Pro-Am for the seventh year in a row. The Scottsdale native is widely known as the greatest Olympic athlete of all time with the most medals ever won, 28. Phelps is also no stranger to success with 23 of the 28 medals being gold. He last competed in the 2016 Rio Summer Olympics taking home five gold medals and a silver medal to polish off his illustrious collection. He dominated more than just the Olympic pools, winning 82 medals in major international long course competitions across the Olympics, World Championships and Pan Pacific Championships, featuring 65 gold medals, 14 silver and three bronze. His success in the pool led to Phelps winning the World Swimmer of the Year Award eight times, American Swimmer of the Year Award 11 times, as well as the FINA Swimmer of the Year Award in 2016 and 2012. After winning eight gold medals in the 2008 Beijing Summer Olympics, Phelps was named the winner of the Sports Illustrated Magazine’s Sportsman of the Year award.

Albert “The Machine” Pujos, who retired from baseball following the 2022 season, will make his Annexus Pro-Am debut. Pujos is used to crushing a ball with one of the most powerful swings the baseball world has ever seen. Pujos joined elite company as one of four MLB players to hit the 700 home run club on Sept. 23, 2022. He also won the National League MVP three times in five years, was an 11-time All-star and 2001 rookie of the year. The accolades don’t stop there as he finished his career fourth all-time in home runs with 703, a six-time Silver Slugger, led the NL in home runs twice, and led the NL once in batting average, doubles, and runs batted in (RBIs). In his 22 and final season, Pujos was able to give his fans one last goodbye by overtaking Babe Ruth for second most runs batted in on the MLB all-time list.

Smith’s 18,355 rushing yards totaled over 15 seasons with the Dallas Cowboys and Arizona Cardinals still stands as the most rushing yards ever by a player. He won three Super Bowls with the Cowboys, was named the NFL MVP in 1993, a four-time first-team All-Pro running back and was inducted into the NFL Hall of Fame in 2010. Smith is still the only running back to win a Super Bowl championship, NFL MVP, the NFL rushing crown (most rushing yards) and Super Bowl MVP all in the same season (1993). He retired in 2004 and is no stranger to golf, winning the WHOOP Shot at Glory in 2016. This will be the fifth time Smith has played in the Annexus Pro-Am.

Click here to find the exact tee times along with the full list of both celebrities and PGA Tour players competing.