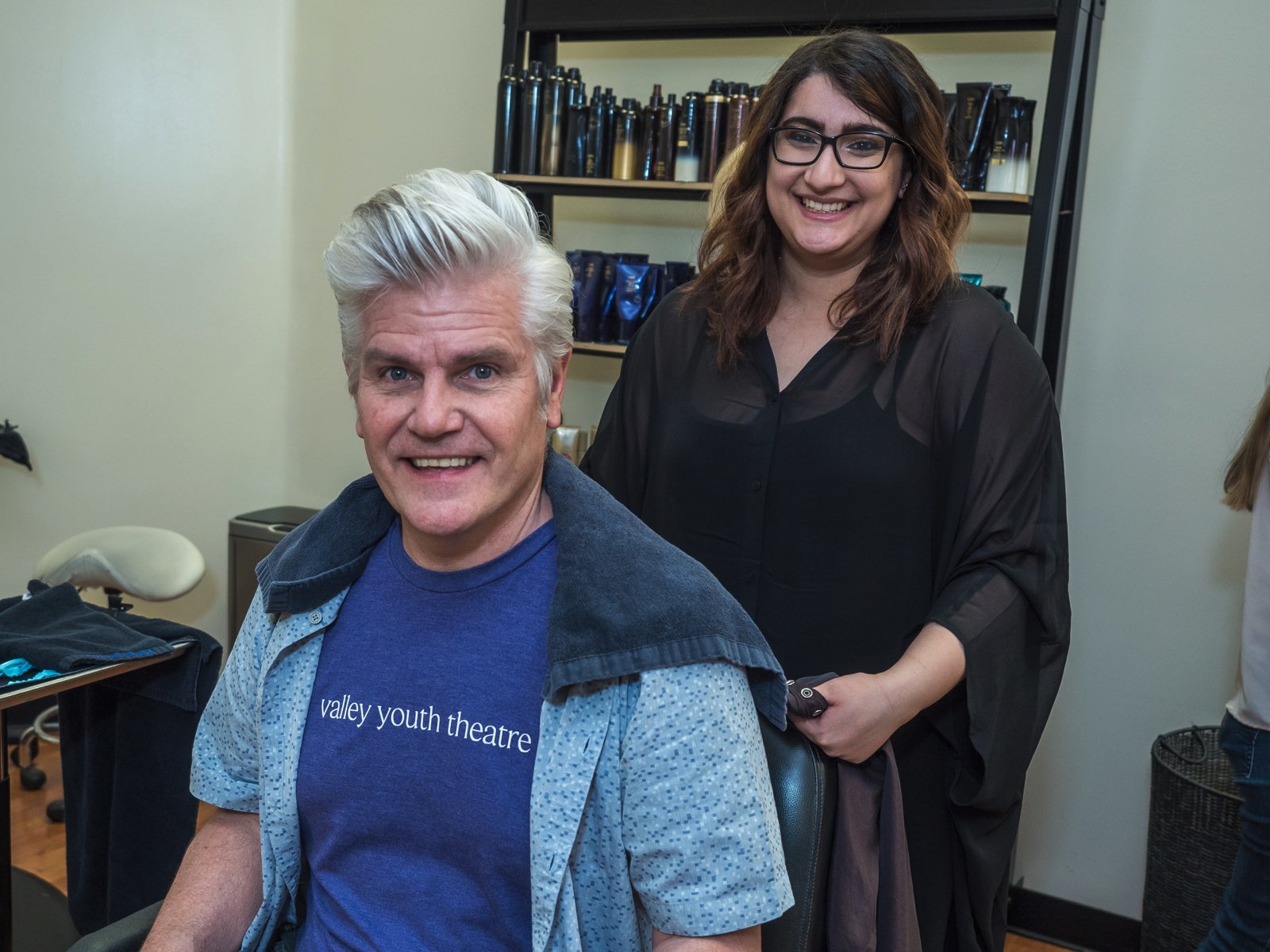 That’s because Bobb’s healthy thick hair is as famous as he is. Those of us who've been lucky enough to enjoy his lustrous hairstyles over the past 23 years - from short with gel or long past his shoulders - can now experience a bald Bobb. Only for a couple months, that is, when it grows back. But for those couple of months - he’ll become Daddy Warbucks in VYT’s production of Annie.

And anyone who knows Bobb, knows, that shaving his head, is an event, in itself. So watching the locks come off at Salon Estique by stylist Taylor DeSanto, was great theatre ! 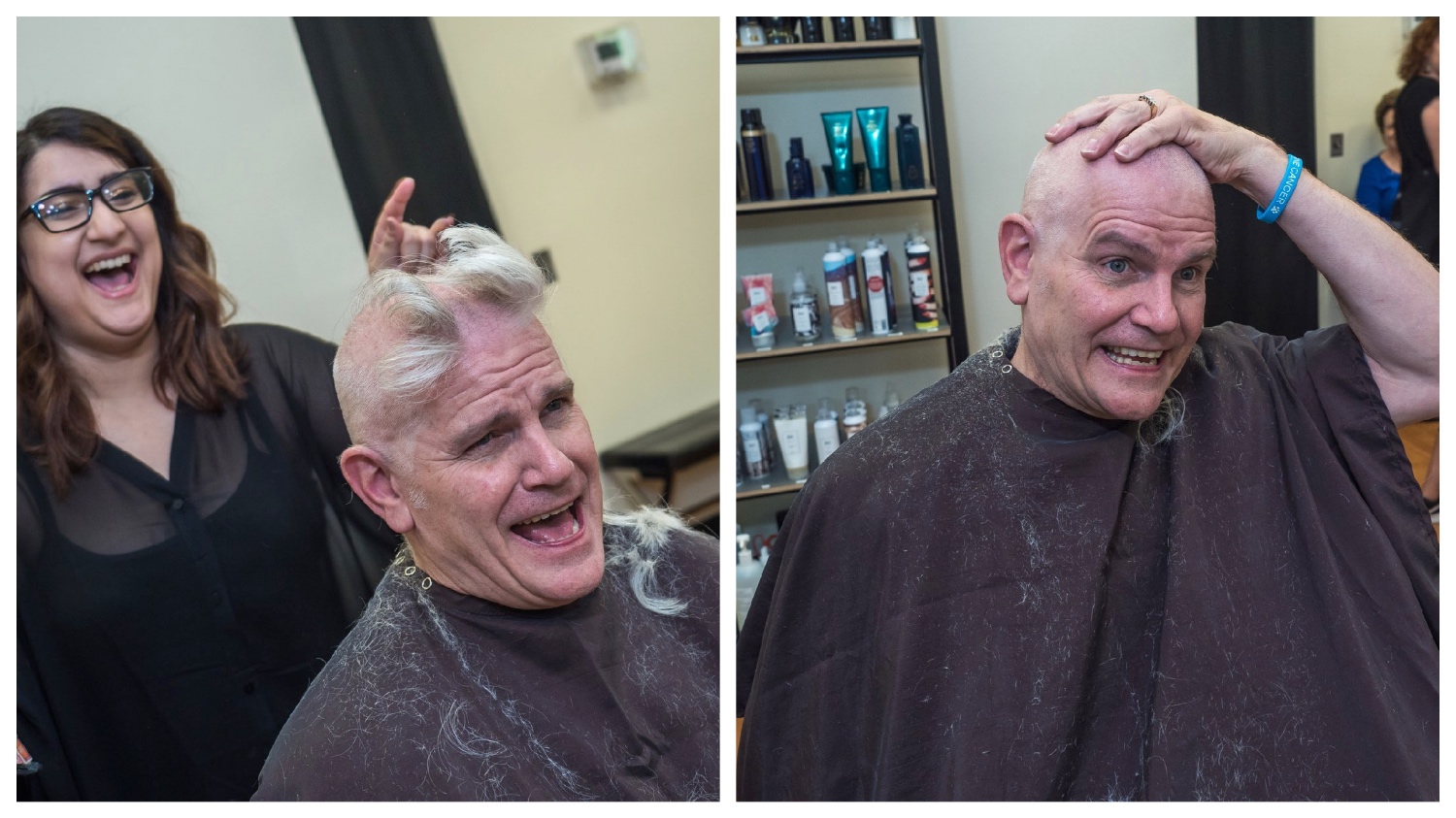 On the day of the big shave, Bobb shared some great hair stories with me, including the time a hair stylist convinced him to die his hair red and get a spray tan. “I looked like a pumpkin, it was awful, ” he said of the hair he cut short and then waited for it to grow out.”

Yes, Bobb gets comments on his hair almost daily. “Oh, the work it takes me to blow dry it and get it to stand up. I’m a chia pet, just add water,“he laughs of his attention getting hair. Here are a few looks on and off the red carpet with his wife Karol Cooper, VYT 's Resident Costume Designer. 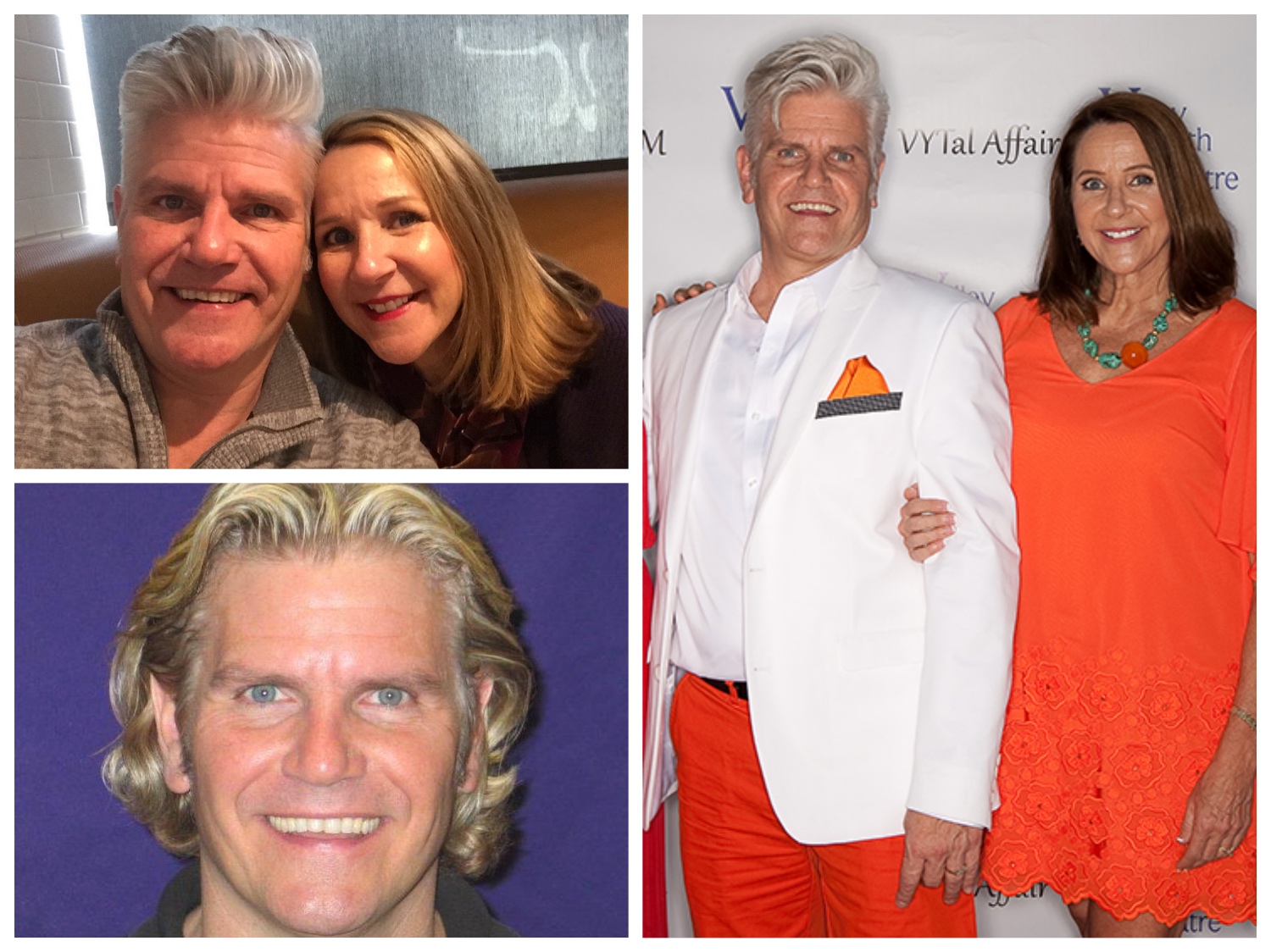 So how did the bald look come about? Well, years ago, the first time VYT performed Annie, Bobb couldn’t get anyone to audition for the role of Sir Warbucks, so, although he never wanted to take a role from someone else, he took it on!  it’s now a tradition, for the production, every seven years. 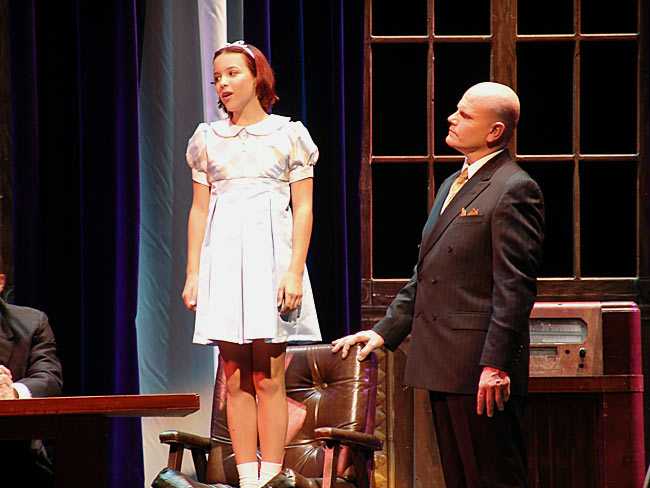 Pictured above is Bobb as Daddy Warbucks in a prior Annie performance. VYT’s production of Annie this year at the Herberger is playing June 15 - July 1. For more info click here

Check out the popular Broadway musical- today or perhaps, "Tomorrow" !