Kathy Shayna Shocket has the inside scoop on the stories that make headlines. 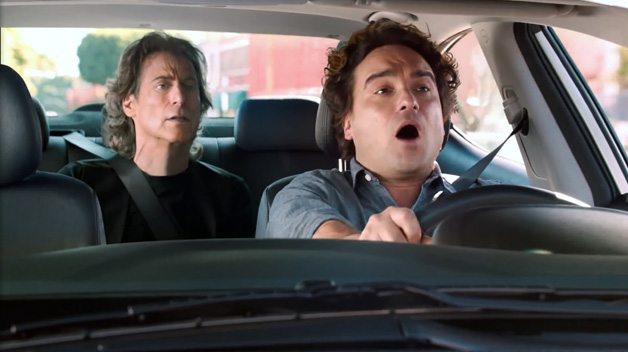 Kathy's sneak peak of Richard Lewis' Super Bowl ad and behind the scenes of his Scottsdale visit.

Amidst all the Super Bowl pre-game buzz, some of the advertisers give sneak peeks of their much anticipated commercials. With millions riding on these commercials , star power is important!

Hyundai just released it's big 30-second spot and look who's seated, literally in the the automaker's BIG Super Bowl ad. It’s comedian Richard Lewis (Curb Your Enthusiasm) and actor Johnny Galecki (Big Bang Theory). The storyline of Richard and Johnny in the new Elantra takes advantage of Richard’s well-known neurotic personality. You can check it out by clicking here. http://www.youtube.com/watch?v=yWiPEe-RiCM

This past weekend the nuerotic comedian mingled with guests and performed at a private fundraiser in Scottsdale, AZ.  The sold-out event held at Congregation Beth Israel (CBI) was the congregation's first Comedy Night. The fundaising committee turned one of the event rooms at the temple into an elegant comedy club. 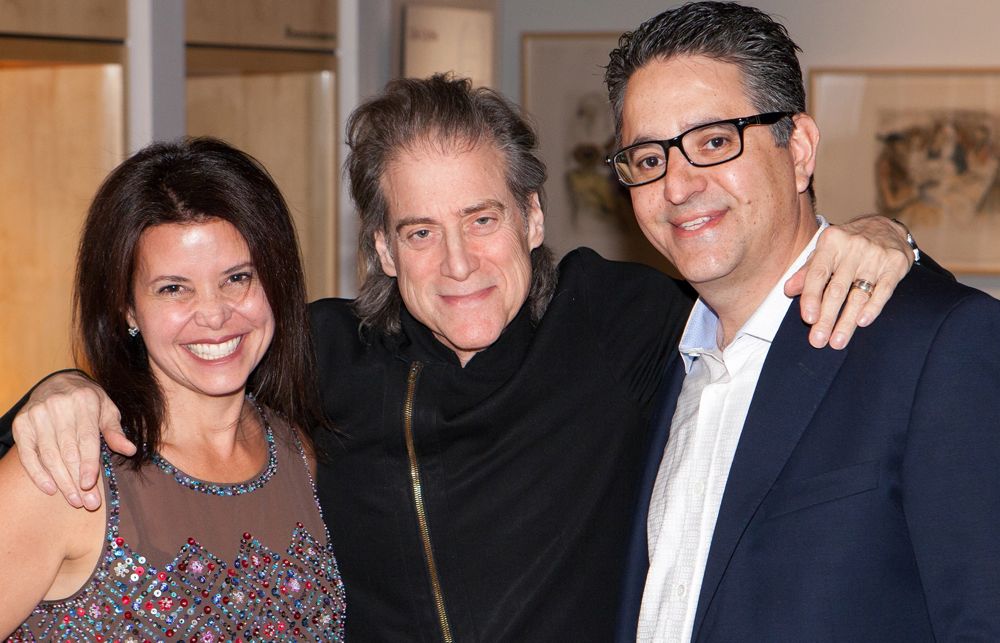 And the GREEN ROOM for Richard Lewis? They used CBI's Rabbi Stephen Kahn's study.  "I haven't been sent to the Rabbi's study since I was a young boy!," joked Richard behind the scenes."

Planning this event for the Taubman’s was a family affair. It reflected CBI's and the family's philosophy of giving back, especially of Terry’s husband (a well-known family law attorney and volunteers monthly at Maricopa County's Family Law Assistance Program to counsel the less fortunate involved in child custody cases.)  Committee member Molly Rueben is Lon Taubman’s step-daughter who works at Taubman’s law firm.

And it's also "ALL in the FAMILY " you might say, because Terry Taubman, went to college at Ohio State with Richard Lewis . Her  sorority was a sibling to his fraternity.  “He wasn’t doing comedy yet, but he had that personality that everyone knew who he was and he was popular,” says Terry. “He was dating a sorority sister of mine.”

By the way, there have been several woman in Richard Lewis' life since college, but Richard has been very, very happily married to the love of his love Joyce, since 2005.

UPDATE:: Back at home in California Richard Lewis  who's between his many projects said, "The evening at Temple Beth Israel in Scottsdale was one of the sweetest gigs I have had in recent memory."

Kathy Shayna Shocket is a freelance writer, TV- Field Producer  and photographer based in Phoenix, AZ. She's a former TV-Reporter who has written for publications such as TIME Magazine, Money Magazine, PEOPLE Magazine,  The Hollywood Reporter  and The NEW YORK TIMES. You can reach her at  This e-mail address is being protected from spambots. You need JavaScript enabled to view it