Kathy Shayna Shocket has the inside scoop on people making a difference. 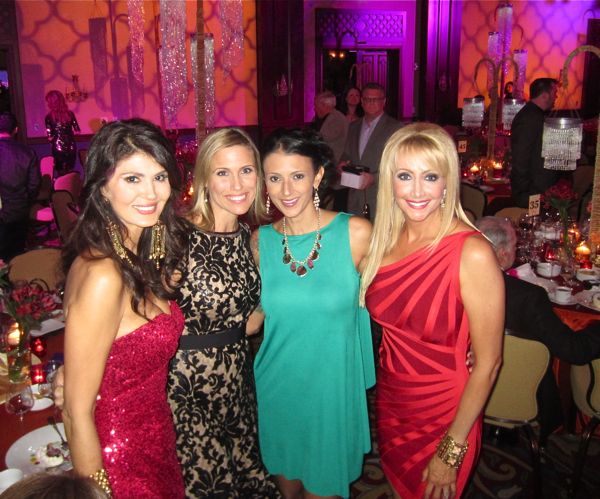 Kathy goes behind the scenes of the infant Cardon's Children's Medical Center benefit and shares how it has become a fundraising role model for bringing in new donors.

Let me take you behind the scenes of  Stars of the Season and the longtime influential friendships behind this fundraising dinner’s stellar success. In particular, the 20 year friendship of  Micheline Etkin and Tina Curran who are pictured above in red at the party with Talinda Bennington (right) and Barbara Young (left.)

It was an unprecedented evening and the Stars of the Season is now a fundraising role model for bringing in a new generation of donors! The performance of Linkin Park’s Chester Bennington and a lineup of his rock legend friends boasting Billy Morrison and Steve Stevens - was infectious. The up close and personal nature of the concert combined with the dinner’s energizing ambiance and stellar guest list - created quite a rock’n elegant hit!

So how did this infant three-year old event become the popular signature fundraiser for Cardon Children’s Medical Center? In part, it began 20 years ago when Micheline and Tina met while modeling in Arizona. Through the years as their families grew, so did their friendship and their combined efforts of volunteering for children’s charities. 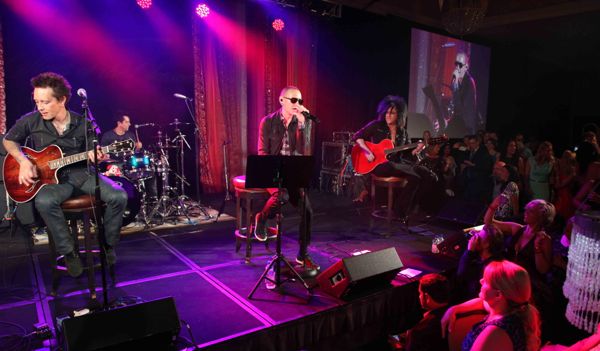 In 2009, Banner Health Foundation asked Tina and husband Dr. David Curran, (chairman of Pediatrics at Cardon Children’s Medical Center) to create an inaugural fundraising soirée for its new children’s hospital. The couple had a vision for an edgy and fun party with star studded entertainment.

They teamed up with international model Micheline and 25 of their cherished friends and colleagues who  became a part of that vision and founding members of the Advisory Council, now 55 strong.  Together they were instrumental in raising the bar each year and bringing in not only energetic volunteers, but partygoers who became new supporters of Cardon Children’s.

This year Micheline chaired the fundaiser.  The ballroom of the Montelucia Resort was filled with a sold out crowd of 600 guests. NFL great Steve Young and his wife Barbara Young (Barb also shares a longtime friendship with Tina and Micheline) were Honorary Chairs.

Another one of the evening’s highlights that Dr. David, Tina and Micheline collaborated on was the music video in honor of Chester Bennington, wife Talinda Bennington and Linkin Park. The tribute version of Linkin Park’s hit "Burn it Down" featured many of the hospital’s patients and staff, including Dr. David Curran who proved he can lip sync like a rock star! (Check the "Burn it Down" video out on YouTube.) 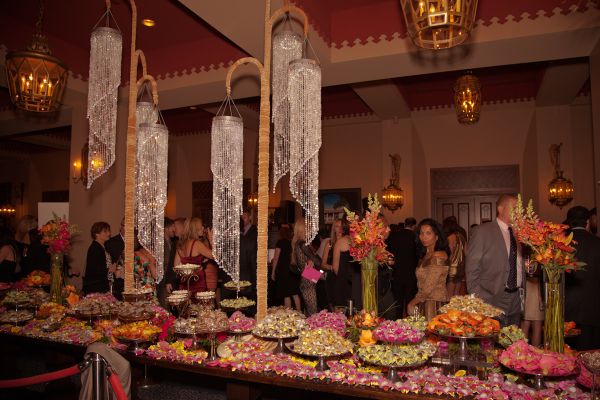 The after party in the foyer outside the ballroom had partygoers not only on the dance floor - but back and forth to the amazing 18 foot long table of desserts. The elegantly designed table showcased 3,000 delicacies including more than 20 variety of sweets and five flavors each of truffles and brigaderios.

That’s because Micheline, an international model, personally prepared 1,500 of the 3,000 sweets in her kitchen,  then delicately displayed the culinary delights in individual silk floral cups. Both the silk and candy ingredients were imported from Brazil.

Yes a sweet success of an evening fostered by longtime friendship! Congratulations on bringing in a new generation of donors!

Kathy Shayna Shocket is a Reporter, Photographer, and TV-Field Producer based in Phoenix. She's written and reported for prestigious publications such as TIME magazine, PEOPLE magazine, MONEY magazine,  and the New York Times.You can reach her at  This e-mail address is being protected from spambots. You need JavaScript enabled to view it