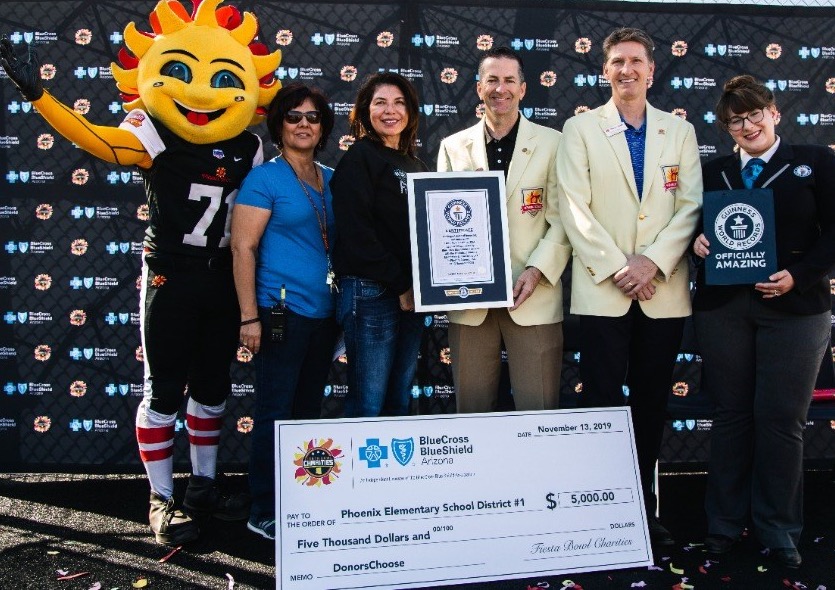 About 2,200 students from 13 schools, gathered to vie for the GUINNESS WORLD RECORDS  at Garfield Elementary School in Phoenix. They aimed to take the title for the largest game of freeze tag and achieved that! 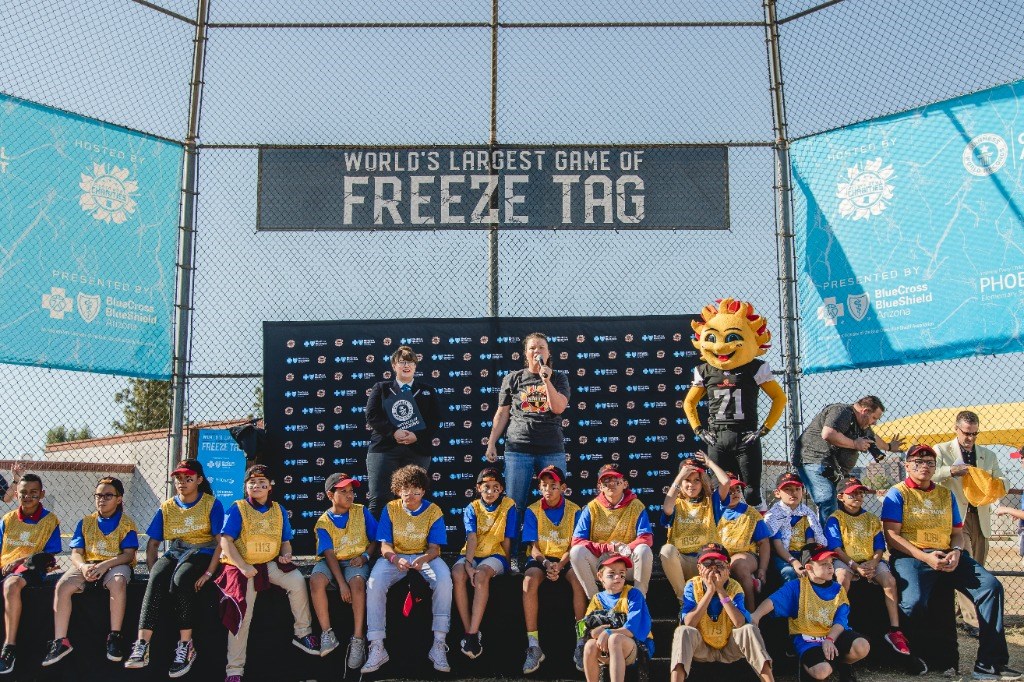 To give you a comparison of the competition, the previous record was set on September 14, 2018, by 1,393 people in Antwerp, Belgium.

"Being out here to set a GUINNESS WORLD RECORD inspires children to believe that they can achieve big accomplishments in life," said Mike Nealy, Fiesta Bowl Executive Director.

"Establishing a foundation of health and fitness at an early age is important to the Fiesta Bowl, matching the goals of Blue Cross Blue Shield of Arizona and Phoenix Elementary School District #1." 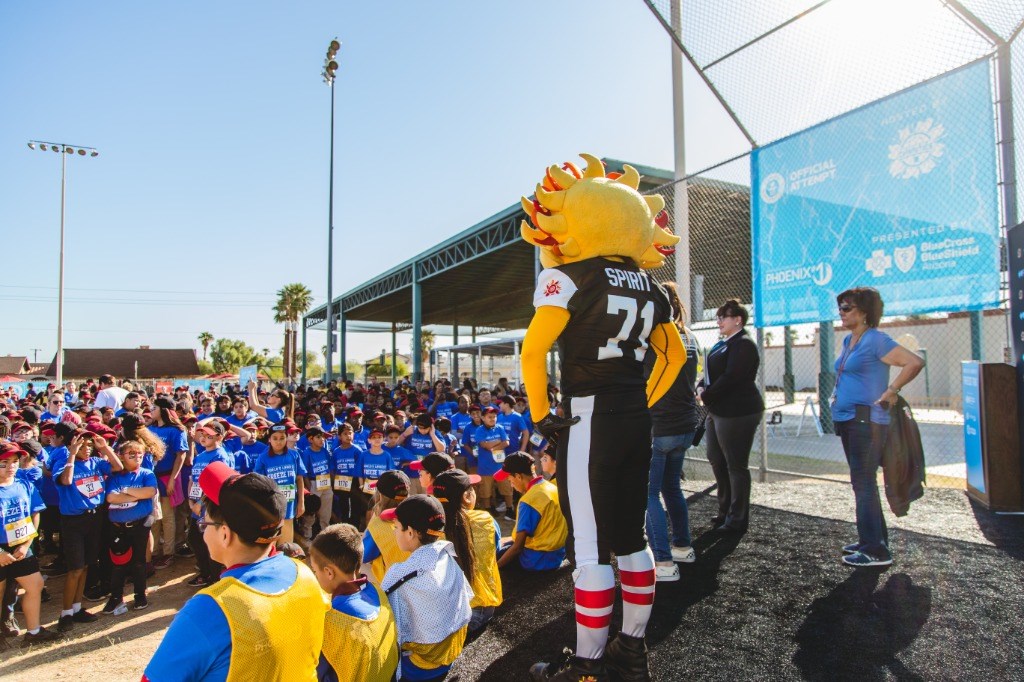 This "Day of Play" promoted students and teachers to be active and live healthy lifestyles while having fun. The initiative supports Mobile AZ — BCBSAZ's program to help solve Arizona's most critical health issues: substance use disorder, diabetes and mental health.

"Sharing that physical activity can be fun, enjoyed with friends, and rewarding, is so important to instill in our children at a young age," said Pam Kehaly, President and CEO of Blue Cross Blue Shield of Arizona. "We are so proud of all of the Phoenix Elementary District No. 1 students, along with their amazing teachers, for their great accomplishment in becoming GUINNESS WORLD RECORD holders for the largest game of freeze tag!"

Dr. Larry Weeks, Phoenix Elementary School District No. 1 CEO and Superintendent added that they work hard every day to inspire students to achieve, and this is yet another example of achieving a great accomplishment.”

What a great day of exercise and a way to challenge students! Congratulations.