Talented singer and songwriter Abrina doesn’t let anything or anyone define her. Taking influences from her Latina background, as well as some hip hop and pop elements, the 24-year-old hit the music scene with a fresh, unique sound. Abrina chatted with AFM while driving through the desert on tour to promote her newest single "Actin Up" ft. Eric Bellinger and the release of her debut EP “My Playground”in the fall. 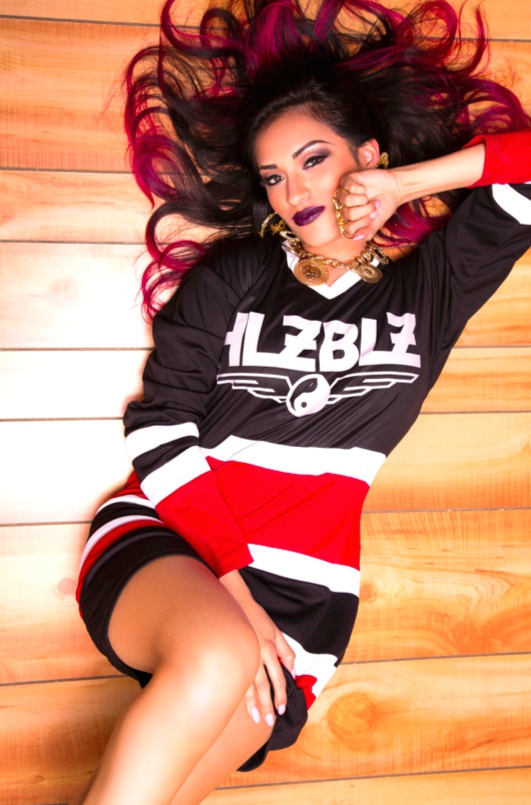 AFM: Other than your tour, what do you plan on doing while you’re in Arizona?

A: I want to eat a lot. Last time I was [here], I did a little escape to Scottsdale, and Scottsdale is super poppin'. I definitely want to hit that again and do some other things that I haven’t done.

AFM: What can people expect when they go to one of your shows, and how do you hope to make them feel?

A: I just like to dance and connect and party. I just want people to be able to feel good and dance to my music. I just want to make their night the best night that they can have…connect with my ladies and just have fun.

AFM: Can you talk a little bit about the inspiration behind your debut EP

A: I really have been coming into my artistry lately, and I feel like I’ve grown a lot. My main motto with my music, and me in general, is just being free and doing what I want to do and not listening to other people. It was a reoccurring theme and it just made sense because that is exactly what I’m on and what I’m trying to be is just this woman that is bold and fearless, but makes her own rules and plays the music industry how I want to play it, and I make music that I want to make. That’s why the EP is titled “My Playground”…it’s a whole motto and mentality.

AFM: Can you describe how your Latina background has influenced your music?

A: I just have always been trying to stay tucked into my culture. I want to be that Latina woman that’s doing hip hop music that can also beat and rock out, but still be just that cool fresh Latina on the scene. I feel like I’m Mexican, and I can do that and not too many other people are doing that, and I just want to fill that void in.

AFM: What would you say makes you different than other artists your age or in your genre of music?

A: I song write, so most of my stuff I write. I’m very, very involved in the creative process. I just want to be that fresh new sound that’s dope and just represent for the ladies and deliver great performances. So I just try to keep myself set apart in all of the different things that I do.

AFM: Going back to your childhood, when did your interest in music start?

A: I was the little girl that my parents couldn’t get to stop singing and dancing around the house. For holidays, me and my little cousin would put on these shows for the family. I just always loved it. I started fooling around in recording studios at like 16. It was always a love and passion of mine and it was something I’ve always gravitated towards.

AFM: You won first place at BB King’s Universal City Walk contest in 2008. What was that like?

A: It was dope. It was a pretty hard competition. There’s a lot of really good people I was up against, and it was cool when I won. It was a thing that confirmed music for me and my artistry, so I always define that as a really great moment where it made me make up in my mind, okay I do really need to do this.

AFM: Moving forward, what are some of your career goals?

A: I want to have a few, at least, successful albums. I want to be able to tour the world and to be international. I don’t ever want to be in a box and be limited. I just want to create music people all around the world love and hear. I want to travel and perform as my biggest goal and keep making good music basically, and hopefully it will be successful. If you lend me your ear, I will lend you my heart.

Abrina will announce her next multi-city tour after the drop of her EP, which is set to be released this fall but is available for pre-order now on iTunes.