AFM caught up with actor Patrick Fischler, known for his TV roles in “Mad Men” and “Californication,” while screening “The Test,” a short film created by and starring Fischler and his wife, Lauren Bowles, at the Phoenix Film Festival. (The film captures the emotions of the vulnerable situation of taking a pregnancy test.) Up next for the actor? A summer-release action flick with Denzel Washington and Mark Wahlberg. 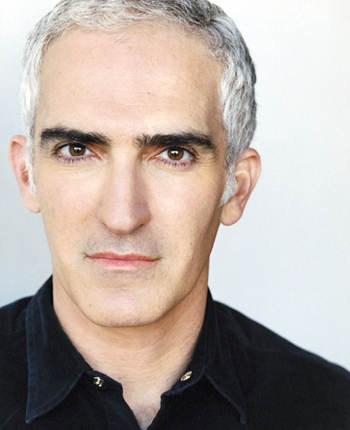 AFM: How did you develop a love for acting?
PF: I grew up in L.A. and my dad loved movies, so he introduced me to them when I was relatively young at home, but mainly in the theater. I was kind of a latchkey kid. He worked and my parents were divorced, so I raised myself on TV. From a really young age, I knew I instantly loved it. I got into theater in high school and continued through college—that was the real discovery, when I really realized I loved it.

AFM: What’s the most fulfilling part of acting to you?
PF: Being able to do what I love. There are a lot of people out there that don’t get the opportunity to do what they love; they’re stuck in jobs they don’t like. Ultimately, this business [acting] is so hard. I’ve been making a living as an actor for 20 years. I love what I do, so it doesn’t even feel like I’m working.

AFM: How did it feel to produce and act in a short film alongside your wife?
PF: It was great. We’ve known each other since college, which is 25 years. We’ve both been making a living as actors [Bowles stars in “True Blood”], so we’ve been working forever. We knew we wanted to do our own thing; we’ve been talking about it for a while, but we get hired all the time and, ultimately, you get no control at all of what parts you’re playing. We had a theater company in the late 1990’s that we were a part of together. This film just came to us, and we decided it was time to work together again. We saw a short film at a festival and said to each other, ‘Let’s do this.’ So we did it. We paid for it and hired everybody; I came up with the idea and Lauren wrote it. It was fantastic—there’s no one I want to work more with than my wife. We may argue about stuff, but we never bring it to our home. When it does, we look at each other and both just turn work off.

AFM: What makes “The Test” different from other films you’ve acted in?
PF: Working with my wife. We both get to play a regular couple. I have mainly played very unique roles. I love doing that and I can ask for nothing more, but it’s fun to sometimes play a normal guy. This is just a normal couple going through a problem that a lot of couples do and would go through. That’s the best part, acting as a normal dude.

AFM: Have you been to Phoenix before?
PF: No, this is my first time. I’ve been to Sedona—I loved it—but my wife’s been to Scottsdale for a bachelorette party. We also did the Grand Canyon too; two days there and two days in Sedona. This was years and years ago, maybe 14. We drove through Arizona; it was beautiful.

AFM: I hear you like to cook. What is your favorite dish?
PF: You know what, chili. I’m a chili fanatic, and we make a three-bean vegetarian chili. We started eating vegetarian at home. I found an incredible recipe that I made my own, this three-bean chili.

AFM: What are your future goals?
PF: I am in this new movie “2 Guns” with Denzel Washington and Mark Wahlberg that I had a blast shooting down in New Orleans that comes out this summer. I am also in “Big Sur,” based on a Jack Kerouac book.