What does it take to make notorious chef Gordon Ramsay run in the opposite direction? Ask Scottsdale's Amy Bouzaglo. An instant hit amongst the reality digest shows like “Best Week Ever” and “The Soup.” Bouzaglo is hot headed and unfiltered. But this blond is more than just a Real Housewife, she is a firecracker in the kitchen, to say the least. 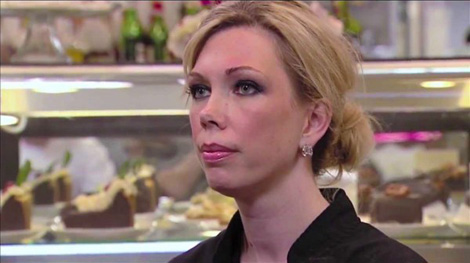 Infamously showcased by Fox’s “Kitchen Nightmares,” and now targeted online, she and her husband Samy are aiming for a comeback. And if Bill Clinton and Charlie Sheen are any indication, America always loves a comeback kid, or couple.

Will that be the case here?  Only time will tell as the Bouzaglos re-christen their restaurant, Amy’s Baking Company in Scottsdale, with a grand re-opening week starting tomorrow, Tuesday, May 21.

(Note: The press conference previously scheduled for 1pm on Tuesday has been canceled. )

AFM got an exclusive look at what Bouzaglo believes has taken place, and what she has in store.

Q:  Did the show accurately portray you?

AB:  No, it did not.  Beyond that, I cannot speak to the merits of the show because Fox has threatened to sue us for $100,000 a piece if we comment further.  Yes, I am a strong-willed woman.  Yes, I will challenge those who question the way we have made our living for the past six years during very difficult economic times for everyone.  But no, I do disagree with the portrayal.  Think about it, could our restaurant have survived the Arizona economic meltdown without good customer service?  I do think it would be a transparent, responsible move by Fox if they released all footage taken for the show so people can judge for themselves what actually took place.

Q:  It seems a lot of people are particularly upset at the way you seem to have treated your staff. Please explain.

AB:  This has been one of the most frustrating aspects.  Our restaurant operates differently since it is owner-operated and it is small, 45 seats. Samy and I often serve the guests, not others.  We have assistance as well to bus, run food from the kitchen, etc. Employees had received $8-$14 per hour which is well above the industry average and minimum wage. This can be an especially rewarding structure, too, when the restaurant is slow and tips are not flowing. 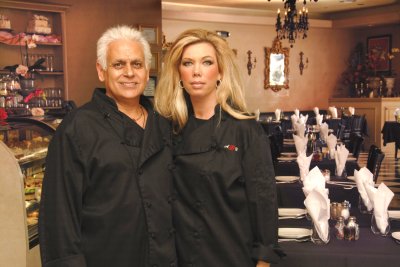 Q:  Many people are having a hard time believing you were “hacked” after the show aired and that it was someone else other than you insulting commentators and customers?

AB:  I understand the skepticism. I do.  But I can’t even control my own Facebook page now.  I will reset passwords and then they will change. Copycat pages have sprung up too.  One can’t even tell our identity from any others right now. This is why we reported this early on to the Scottsdale Police Department.  You will hear more during our Tuesday press conference.  And we have a standing invitation to the media to follow what has occurred to us online, and hopefully report what has taken place.  I would even do a lie detector test.

Q:  Your press statements say a portion of proceeds during “Grand Re-Opening Week” will go to a charity.  How much and to whom?

AB:  We have received death threats and more awful comments than one can image.  But what has been some calm in this storm are the many people that have written to us with their own stories about cyber-bullying.  We are not alone. In many cases the stories are awful, and do not have good endings.

Children that committed suicide.  The mental anguish that took place. So the question is can something good possibly come from some of this? We hope so and intend to try.  That’s why 10 percent of all proceeds over the next week will go to the Megan Meier Foundation.  We have never worked with them before but admire what they do and their courage. What has happened to us can happen to anyone.  The better we can prove what happened to us the greater the chance we can help prevent anyone else from having to endure this nightmare.

Q:  What reaction are you expecting after re-opening Tuesday?

AB:  We are hopeful.  We are praying for an understanding and a comeback. We don’t know if that will happen. We have had to scramble to organize new staff under extraordinary circumstances.  We ask for everyone to be understanding and be patient as we try to regain our footing at the restaurant, especially with over 1,000 reservations hitting us since our announcement.  We even had a job fair Sunday where we hired about 10 new people.  For six years, the neighborhood supported us and so many have written in to support us now.  But only time will tell now if local customers or a national show will ultimately be proven right.  We hope we can make a comeback.  It is our livelihood. 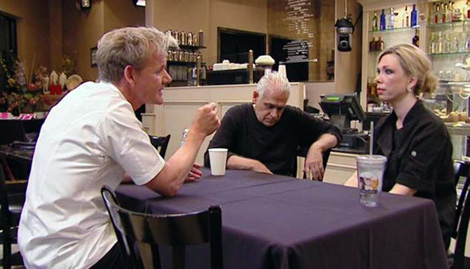 Q:   Any regrets or remorse after seeing the show that caused this uproar?

AB:  Yes.  While I may disagree with the portrayal, times like these can be a time for reflection.  To any customers or people that have worked for us that have not had an ideal experience, I apologize.  Anyone can always do better, including me, us.  And we will moving forward, if we are given a second chance by enough people.

Q:  What has the harsh criticism been like for your family?

AB:  I don’t care how tough you are, it can hurt.  While some of it is funny, death threats are certainly not.  And I must tell you, the caricature provided by the show notwithstanding, I was shocked by what I saw on it.  We had just received very good marks from another television show, PBS’s “Check Please” and have always received good remarks from the media and regulators for how clean and prepared our kitchen is.

Q:  What are your favorite restaurants in the Valley when you are not at Amy’s Baking Company?

AB:  Yes.  We realize this has become a national soap opera. Undoubtedly, there will be more twists and turns.  But we are fighters and we are going to do everything we can to help our restaurant survive.  It may not be in the cards, but we can try.