As she walked into the Arizona Foothills office, singer Dawn Jameson was glammed-up from head to toe and radiating with positive energy. It’s no wonder; her brand new album is set to be released early next year, kicking off her country-wide tour- she’ll be decked out with an 8-piece band and live horns. During our conversation, she spoke about her musical upbringing, her days at Scottsdale’s Barcelona, and establishing herself as a solo artist in the music industry. 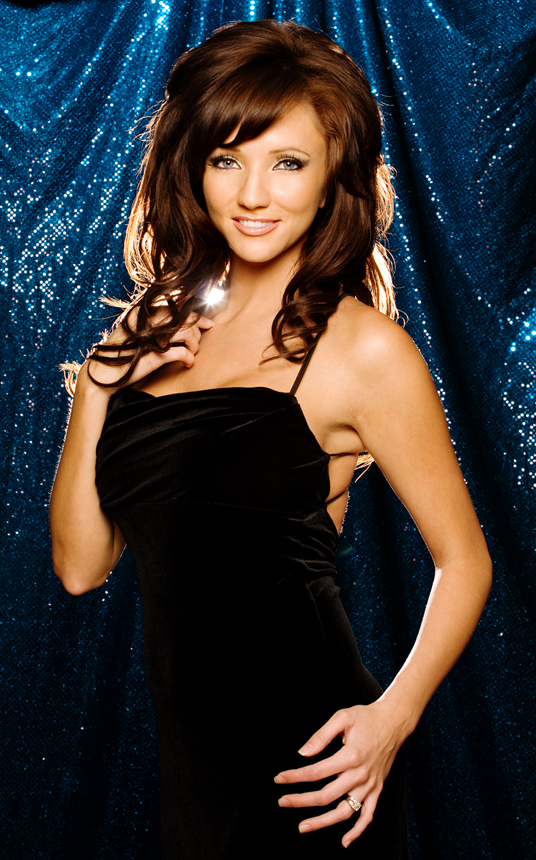 “I started singing to my Barbie dolls with my perfume bottle as my microphone and that’s when I discovered I really wanted to sing,” says Jameson. When she was just four years old, her mom found her playing the piano without prior lessons. “Even though we weren’t well off, she immediately signed me up for lessons and took out a loan to buy a piano.” Singing became Jameson’s passion, which led to her singing in church, then eventually singing at local hot spots. She landed her biggest gig at Barcelona in Scottsdale, where she sang with a cover band for thousands of people every weekend. “I always wanted to sing at Barcelona, but didn’t think it would actually happen!” Jameson sang at Barcelona for three years until its closing in 2009, which pushed her into considering a solo career.

When Dawn started singing her own songs at Barcelona, and saw the audience’s positive response, she knew her career had just begun. She started writing her own songs and establishing her own identity as an artist. She introduced a wholesome image and unique vibe to her music. Her upcoming album, ‘Elegant Mess,’ is a combination of modernized Northern Soul, which is 60’s inspired music, with a bit of funk and a twist of pop. Her lyrics are inspiring and come from her own experiences. “Everyone can relate to at least one song on the album, if not more,” she says.

During the making of her album, Jameson’s mother passed away from lung cancer, taking her on an emotional ride. She came out stronger and more focused. “It was a wake up call for me that tomorrow isn’t guaranteed and to go for my goals full-force.” Jameson’s humbling past has given her incredible motivation, pushing her to complete her first album and start her own tour. Jameson adds, “God gives us each a gift, and it's up to us whether to use it or keep it to ourselves."