The largest female-owned advertising and PR agency in Arizona, The Martz Agency, has reached 30-years! See what CEO and Owner Carrie Martz has to say about building her flourishing company from the ground up, how she copes with the current economy and her most proud moment... 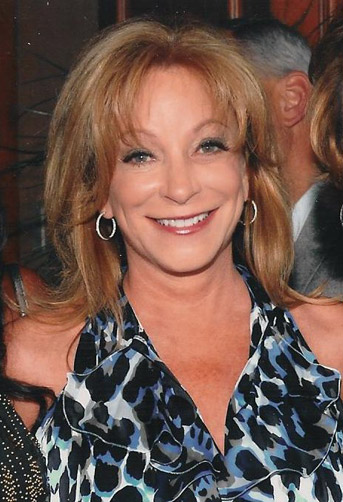 Who was your first client?
My first client was SGS Microelectronics--a semiconductor company. I had no idea what I was doing. My idea of a chip was a potato, not an integrated circuit.

Where was your first office and where are you located today?
Our first office was in someone else’s building. I rented an office in the airpark and have moved to eight different buildings since then but have always remained in Scottsdale. We are now back in Kierland and it feels like home.

Seeing as you have many upscale communities in your clientele, what are you doing differently to cope with the current economy?
We had a client base of about 90% luxury products, including many golf courses and communities. Like everything else, change should be expected. We are constantly adding services that are ahead of the market demands and try to stay on top of new technology, state of the economy and strategies. The best sources for leads have always been our reputation, client referrals and being involved in the community. We are still doing all of that.

Who is your mentor?
I have been fortunate enough to have a father who was a hard worker and built a great business. He taught me the importance of dedication and sacrifice. I have also had some great clients who knew more than me and helped guide me along the way. I was also involved in the CEO Forum led by Jim Myers, who I give a lot of credit to.

There are so many small one-person agencies that are opening up every day. Everyone thinks they know marketing and advertising. How do you compete with these?
This isn’t a job to me... It is my passion. I read business books for enjoyment. I am constantly competing, even with myself. I am lucky to have smart people around me that I feed off of. You don’t’ get that from one-man shops. We are a team of collaborators and I truly believe that people who are one-man shops are doing so because they have to, not because they want to.

When do you think the economy will get better?
Well, my crystal ball says it won’t get back to the way it was in 2005 and 2006, but we will see the light at the end of the tunnel within the next year and a half. Seriously, experts say we are in a 7-year cycle, so our best bet is a complete recovery in 2014.

Do you use an iPhone or Blackberry?
I have a Motorola flip phone... Just kidding! I Live on my Blackberry.

What is your favorite Web site for news and information?
I like Mashable.com for social web stuff, AZFoothills.com for local happenings and lifestyle and MSN.com for news.

What moment are you most proud of in your 30-year history?
The moment I am most proud of was when the agency won Top Ten Finalist of "America’s Most Generous Company" given by John Kennedy Jr. and Paul Newman in New York City (up close and personal). It was totally overwhelming, as I didn’t even know I was nominated.