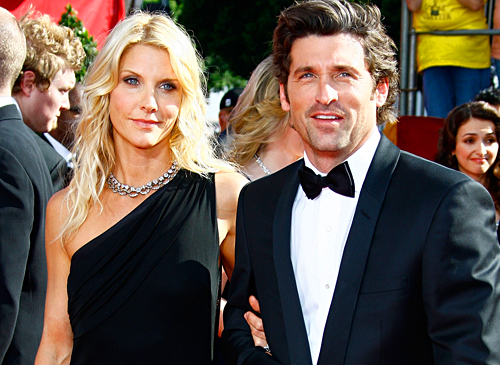 Poor Patrick Dempsey is still wearing his wedding ring...which would be normal...accept his wife Jillian Fink filed for divorce last week. US Weekly and TMZ say that it was Fink who first initiated the break up and started the initial paperwork. She's stating irreconcilable differences and is seeking spousal support, joint custody or their three children, and is requesting that Dempsey pay for her attorney fees. What is the likely hood of Dempsey agreeing to all of this? Is it normal for the initiator of the divorce to ask for so much? With just siting "irreconcilable differences" can she request so much?

We touched base with Kaine Fisher, local attorney and Chairman of the Family Law Department at Rose Law Group, and asked him to weigh in on this issue of finance and heartbreak.

"Fink’s financial requests would seem reasonable especially in a situation when one spouse makes considerably more money than the other. It doesn’t matter the reason for the divorce. Many of these issues are evaluated by a judge independent of the cause of breakdown of the marriage. A consideration of these issues really just boils down to the disparity in income and other financial resources. It would be hard for me to speculate about whether is likely to see eye to eye on the financial matters without seeing exactly what Fink is asking for and knowing a whole lot more about the parties’ financial situation. But what does seem to be clear is that she believes Dempsey is a good father. I therefore don’t anticipate much of a dispute about the custody situation. I get the impression Fink has moved on and Dempsey has not.  Hopefully he doesn’t hold on too long, because if he does, he is at risk of being taken advantage of."