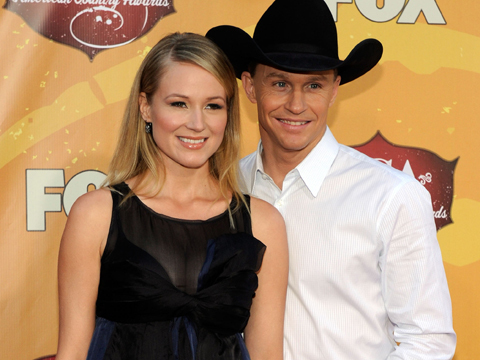 It looks as though good-old Gwyneth Paltrow set a somewhat admirable precedent for current celeb divorces. Singer, Jewel, recently announced the divorce between her and her husband of 16-years, Ty Murray.

According to Jewel’s personal blog and TMZ, the couple's main focus will be on their soon-to-be 3-year-old son, just as Paltrows’. Even with the best intentions from the parents, in a case like this, which parent gets a majority of time with the child in the time that the divorce is not final and there is not yet a parent plan in place? Knowing that these cases can take months or even years to fully settle, what are the options for each parent during such an open time? What is the best option for a parent not to lose if there is a custody battle is in future?

We touched base with Kaine Fisher, local attorney and Chairman of the Family Law Department at Rose Law Group, and asked him to weigh in on this issue where the welfare of the child-to-parent relationship is at stake throughout the duration of the divorce court.

“It may be PR spin, but it sounds like Jewel genuinely wants to have a peaceable parting of the ways. We are seeing more and more couple's trying to formulate non-contentious divorces. In theory, it makes a lot of sense: You have two adults who at one time loved each other and logic would support the concept that their parting could be thankful and amicable. I have seen this work wonderfully, but I have also seen it go terribly wrong.  Jewel's announcement that they plan to ‘release each other with love’ sounds great and certainly that sort of non-argumentative split should benefit the children.”

“During a peaceable divorce process, a couple may decide how the child's time is apportioned. The court need not be asked to step in unless the couple cannot agree or there is some sort of danger to the child. In Jewel's case, if they are really working together on breaking up, they may have a plan to spend time with the child in a way that makes the most sense with their busy work and travel schedules. If they can't agree, the court or their mediator will make the ultimate decision.”

“Unfortunately, it is rare to see a divorce where the parties are in full agreement on anything. Much of the time it seems resentment or anger over past behavior spills over and corrupts any attempt to agree on custody and other issues.  It really takes two mature people with good legal and family counsel to work through such important and emotional issues without resorting to argument. It is highly possible that Jewel will become a good example of what is possible and her child will be better off for her insistence on a loving parting.”

“If the couple cannot agree on issues or custody, the court will hear the evidence and determine what type of schedule is in the best interest of the child.  ‎It is absolutely essential that a parent who wants to spend time with their child present the best case. Every situation is different and the strategy must be devised specifically taking into account a parent’s financial situation and availability to the child. In Jewel's case, it may be that her performance and travel schedule becomes a detriment to her getting more than 50 percent custody. With that being said, she likely has the means to provide a good home for her child even while on the road.”

“It will be fascinating to see if Jewel can beat the general odds and actually make it through the divorce with the love she claims to want to protect. I am hopeful she'll do it as I would be thrilled to have such a high profile example of a peaceable divorce for me to help my clients emulate.”