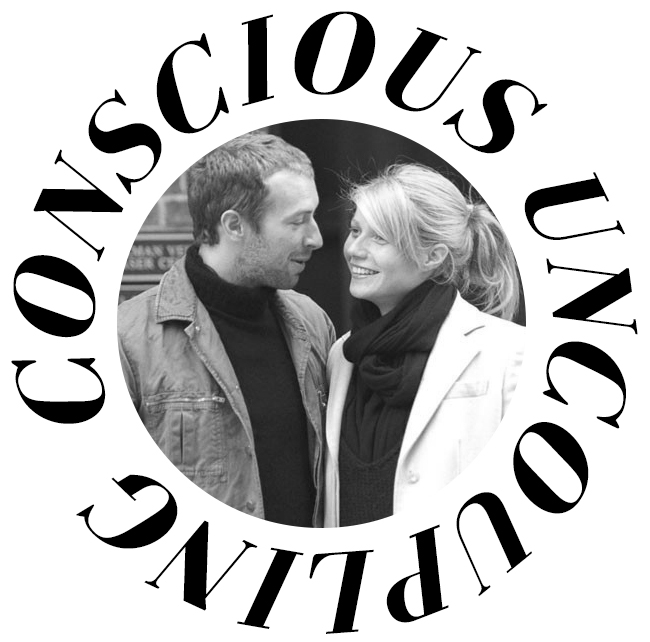 It was announced today on Gwyneth Paltrow's site goop, that she and Chris Martin are undergoing a "concious uncoupling". Their official statement:

"It is with hearts full of sadness that we have decided to separate. We have been working hard for well over a year, some of it together, some of it separated, to see what might have been possible between us, and we have come to the conclusion that while we love each other very much we will remain separate. We are, however, and always will be a family, and in many ways we are closer than we have ever been. We are parents first and foremost, to two incredibly wonderful children and we ask for their and our space and privacy to be respected at this difficult time. We have always conducted our relationship privately, and we hope that as we consciously uncouple and coparent, we will be able to continue in the same manner."

Was there foreshadowing to this split? Maybe.

There has been speculation for months via news outlets like The New York Times that a "bombshell story" about Paltrow's unfaithfulness to Martin would be published in Vanity Fair, though these reports were aggressively denied by Paltrow. However, an anonymous source close to the couple told Radar Online that Vanity Fair Editor-in-Chief Graydon Carder backed down, some believe in response to a campaign launched by Paltrow against the magazine.

The Radar Online source has alluded to marital problems for months, including the news that Martin and Paltrow are "living separate lives", with Paltrow happy in LA, and Martin wanting to return to their previous hometown of London.

We asked local Family Law Attorney Jana D. Welzin from Rose Law Group to share her take on the split, and what she sees in the cards for this couple's separation and divorce:

"Gwyneth and Chris's "conscious uncoupling" approach is admirable, especially their commitment to co-parent regardless of the split. However, and unfortunately, most couples whom agree to separate or begin dissolution of marriage proceedings with these good intentions typically simplify in the minds and underestimate the emotional and practical impact the "uncoupling" will actually have. In reality, the separation process is like wadding up two wet tissues and trying to pull them apart without tearing them. However - we do wish them the best of luck."