“I was divorced 5 years ago and have since remarried. My ex-husband and I have an eight-year-old daughter and a five-year-old son.   My current husband is in the United States Army and he just received word he is being re-stationed to Fort Benning in Columbus, Georgia. I obviously want to move with him and bring the kids. Can I go?” 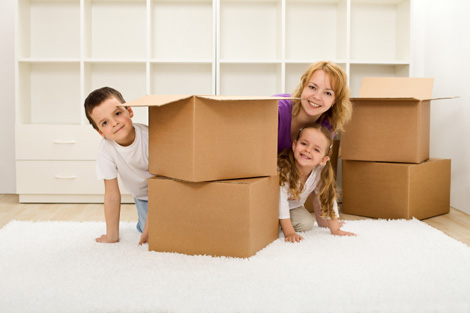 Not so fast. You’re always free to move but whether you can bring your children with you is a different story.

The notice requirement applies to moves outside of Arizona and moves greater than 100 miles within Arizona. For instance, a move from Surprise to Chandler would not trigger the notice provision (at least not now which I will explain later), but a move from Phoenix to Bullhead City, Arizona or Laughlin, Nevada would. The relocating parent’s residence at the time of entry of the existing legal decision-making and parenting time orders what is used as a starting point for calculating distance.

What does providing notice entail? Well, for starters, you are required to send notice to the other parent by certified mail, return receipt requested, or by personally serving the other parent with your notice using a process sever. This must be accomplished at least 60 days prior to your anticipated departure date. It is imperative that you comply with the notice requirements before moving or you could face serious sanctions, which could include financial penalties, losing your decision-making status or worse yet, a significant reduction in your parenting time.

Understand that the burden is on the relocating parent to show that relocation is in the children’s best interests. The best interest factors can be found in A.R.S. § 25-403 and the court will also apply and weigh several other factors set forth in A.R.S. § 25-408 with an eye toward ensuring a continuation of a meaningful relationship between the children and both parents. Very few relocation requests are granted, and those that are, often involve an expert witness. As you can imagine, these cases can be very expensive to litigate so be sure to hire a competent attorney.

You will want to have your ducks in a row before giving notice. Knowing where you will be living, where the children will be going to school and where you will be working are just a few pieces of the puzzle that are essential to success. Typically, financial considerations are the most important to a Judge and give you the best chance of prevailing. In other words, from what I’ve experienced, moving because of a better financial opportunity for yourself, or your spouse, gives you the best shot at being able to move with the children.

Everything seems clear now right? Well, things may change here very soon in light of recent proposed legislative amendments to A.R.S. § 25-408 geared at addressing weaknesses in this relocation statute. S.B. 1072 is a Bill that was currently passed by the Senate and is being considered by the House of Representatives in Arizona. The proposed change in the law would require all parents, regardless of their decision-making authority or the other parent’s parenting time arrangements, to give notice to the other parent of an intended move. And further, perhaps the most significant change is that the statute would apply to any move – not just those more than 100 miles or outside of Arizona. The revised statute would also require relocating parents to provide more specific information in their notice, such as specific language notifying the other parent they have a right to file a Notice of Objection if the move will result in a material change of circumstances affecting the best interests of the child and providing more detailed information about where they will be moving to and the like.

Arguably, these changes could apply to a parent moving across the street or moving from one apartment to another within the same complex (although moves less than two miles are presumed not to result in a material change). Indeed, this author believes that the current provisions of the statute are antiquated and require some revision, but unfortunately, the changes as proposed may lead to unintended consequences, such as an influx of cases filed in Arizona courts with already overburdened dockets, constitutional challenges by parents based on the right to travel and an abuse of the legal system by litigants wishing to re-open previous court orders based on frivolous reasons.   These issues have caused a feverish debate amongst legislature and family law practitioners; it will be interesting to see how everything plays out.

The law regarding relocation is in flux at the moment and major changes are possibly right around the corner. We could see these changes take effect by the end of the year, so if you’re considering a relocation, be sure to reach out to an experienced family law attorney to discuss your options.

Kaine Fisher, Director of Rose Law Group Family Law Department, can be reached at kfisher@roselawgroup.com or 480-240-5649