Death to the First Right of Refusal

Death to the First Right of Refusal

“My ex-husband has court-ordered parenting time with our children every other weekend. I recently found out from my oldest son he frequently goes out of town for business on his weekends and leaves the children with his new girlfriend who I have never met. I’m always available to have them and would love to spend the extra time with them, but he is not letting me know when he does this. This just doesn’t seem fair. Is there anything I can do?” 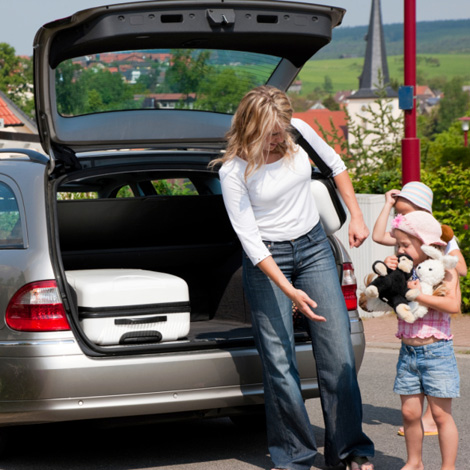 I discuss the term “first right of refusal” with potential clients when I first sit down with them for an initial consultation. When I ask them if they have ever heard of the term, and know what the term means, they usually stare back at me with a bewildered, blank look on their face. I later find out they understand the concept, and may have even already had similar issues with their spouse, but simply did not know there was an actual name for it.

This concept has been around since I can remember. Although you won’t find the term specifically mentioned in any statute or rule here in Arizona, parties are free to agree to such a provision and Judges have historically issued such an order if a compelling reason can be established.

When a parent is unable to provide care for their children during their regularly scheduled parenting time, for whatever reason, the first right of refusal requires that parent to contact the other parent first before making alternative care arrangements. Common reasons for a parent to be unavailable include travel out of town for work, having to work late and scheduled events at which it would not be appropriate for the children to attend. I will also often hear a client complain their former spouse is going out on the weekend with friends and leaving the children with someone else. It is rare that such a provision would apply to when the children are at school, when the children are participating in extra-curricular activities, when a parent is working during normal work hours and when a parent is on vacation with the children.

If it seems a divorcing couple is open to the suggestion of incorporating a first right of refusal provision into their Parenting Plan, the discussion then centers on exactly how much time the parent must be unavailable before the right of refusal is triggered. It can be two hours, four hours or even 24 hours. A parent’s confidence or comfort level in the other parent’s judgment about choosing alternative care providers typically dictates the length of time. In order to prevent future conflict, it is also prudent to have at least a preliminary discussion about who a parent intends to use as an alternative care provider so that any issues can be vetted. I insist on an order that each parent be required to disclose to the other parent the name of roommates, friends, significant others and any other individuals who will be spending significant time around the children. And I further encourage clients to run a thorough background check on these people. You hear news stories every day about the awful things that people are doing to innocent children. You can never be too safe these days!

It is important to make sure that clients commonly understand and recognize that a clear and concise parenting time schedule is implemented so that both parents and the children have knowledge of, will be able to look forward to, and will be able to plan their respective schedule including free time for the parents based on the schedule. That said, even though the offer must be extended by the unavailable parent, the other parent is in no way obligated to exercise the right of first refusal. In other words, the unavailable parent should not rely upon or assume the other parent will pick up the slack at their beck and call. If the right is not elected, then the unavailable parent is the one responsible for finding alternative care arrangements.

You might ask what happens in a situation when a parent elects the right but then that parent is unavailable for more than the designated period of time. Well, if not addressed by the Parenting Plan, then who knows. This is just one example of when a first right of refusal provision does more harm than good. There are many others and it is impossible to foresee them all.   This leads me to reason for the title I’ve chosen. I have noticed that Judges as of late are less inclined to order such a provision. In fact, I have even had several Judges openly discourage the practice of including such provisions in Parenting Plans. In a world where conflict is rampant, sometimes it behooves even the most seasoned family attorney to take a step back, put habit aside and figure out whether the first right of refusal is something that truly benefits their client in the long run.

Kaine Fisher, Director of Rose Law Group Family Law Department, can be reached at This e-mail address is being protected from spambots. You need JavaScript enabled to view it or 480-240-5649