Family Law- What are a Grandparent's Rights?

Family Law- What are a Grandparent's Rights?

“My son recently, and unexpectedly, passed away and his ex-wife is refusing to let me see or even communicate with my grand-children.  What are my rights as a grandparent in Arizona?” 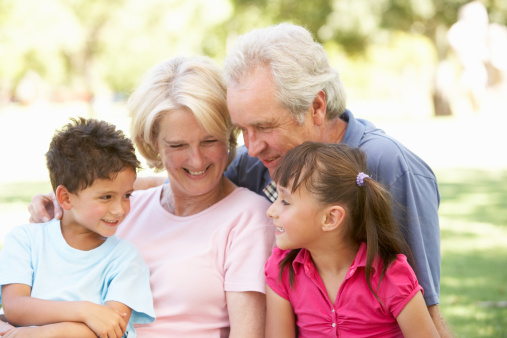 An old adage goes that grandparents are always better with their grandchildren because they get to give all of the love, but have only a portion of the responsibility. Generally, this adage rings true, with grandparents often playing a vitally important (and fun) role in their grandchildren’s lives. What many grandparents don’t realize (and hopefully never have to) is that a dissolution of the relationship of the children’s parents could wreak havoc on their family dynamic. Unfortunately for grandparents, “until death do us part,” or even marriage to begin with, continues to be a less likely prospect for their children’s generation. Many grandparents feel helpless when there is family upheaval and are concerned they may lose access to their grandchildren forever if their own child loses decision-making or parenting time rights, is imprisoned, or worst yet, passes away. Fortunately, the Arizona legislature strongly believes in keeping grandparents involved in children’s lives and has worked hard to establish a mechanism for grandparents to take pro-active measures for seeking visitation rights for their grandchildren regardless of any acrimony between the children’s parents or regardless of the relationship they have with their child or their child’s spouse.

Arizona Revised Statutes § 25-409(C) provides a mechanism specifically designed for grandparents (as well as great-grandparents and other third-parties in interest) to petition the court for visitation rights with their grandchildren. Those circumstances which warrant a grandparent obtaining legal decision-making authority or guardianship is a discussion better left for another time. Specifically, regarding visitation, grandparents can be awarded visitation rights after they file a petition in court (with the same court who entered previous legal decision-making and parenting time orders with respect to the children’s parents, or if none, in the county in which the children reside) assuming one of the following has occurred:

Additionally, just as with any court decision regarding parenting time or visitation in Arizona, the assigned Judge will determine if visitation to a grandparent is in the “best interests” of the grandchildren based on a variety of delineated factors. Assuming no impropriety has ever occurred, and there are no fitness issues pertaining to the grandparent, it is likely the Judge will grant at least some visitation to preserve and foster the relationship between grandparent and grandchildren.

Part of my job, is to ensure that courts don’t apply the law in a way that is so rigid that it unduly limits interaction between grandchildren and a grandparent. I genuinely maintain that the more adult role models a child has, and the more loving support a child receives, the better off the child will be as he or she progresses into adulthood. I find this to be especially true when the child goes through something as traumatic as a divorce or a parent’s death. Grandparents are often needed then more than ever and they should not hesitate for a second to seek legal advice from a competent and qualified attorney and take action to guarantee visitation in the event that such visitation is being unjustifiably denied.

Kaine Fisher, Director of -Rose Law Group Family Law Department, can be reached at kfisher@roselawgroup.com or- 480-240-5649