Tracy, a mother of 2 teenage boys, comes into my office and asks: “At what age will the Court consider my children’s wishes when rendering a legal decision-making and parenting time decision in my pending divorce?” 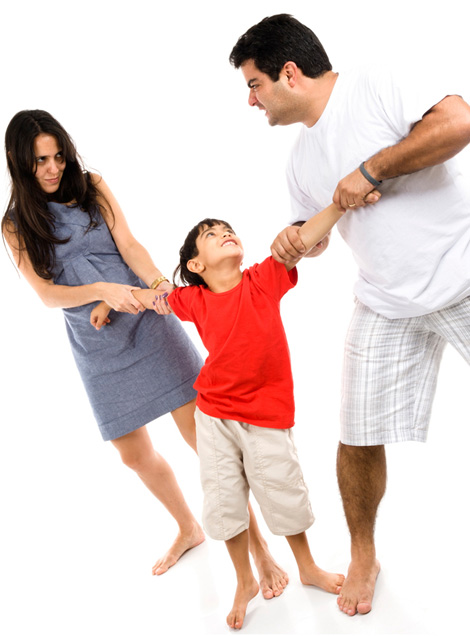 For many parents considering or going through a divorce, the 1979 Best Picture Oscar-winning film Kramer vs. Kramer can be considered a horror film. In it, the mother has a nervous breakdown and leaves the previously lax dad in charge of rearing their child until their divorce is finalized. Through the course of the film, the dad and child bond and he changes his whole life to accommodate his son’s schedule. Despite the father’s efforts, the Court ultimately ends up awarding the lion’s share of parenting time to the mother after an intense court hearing where the dirty laundry of both parents were publicly aired. Most notably, their son did not testify during the proceedings, nor were his wishes taken into account by the Judge. The question of when a child’s wishes will be considered in a divorce proceeding is asked by potential clients in most, if not all, of my initial consultations.

Times have changed - a lot - since the 1970s. Most court systems throughout the nation now place a premium on the wishes of children when making decisions regarding decision-making and parenting time matters. Unlike a small number of states, and contrary to the general public’s perception, Arizona, however, does not have a bright line age at which the Court is required to consider the child’s wishes determinative. Rather a child’s preferences are just one of many factors an Arizona Court must look to when determining what is in a child’s best interest in accordance with A.R.S. § 25-403.

These days Court’s are hesitant to interview a child in chambers. Thankfully, Judges at some point began to realize the inherently intimidating nature of this practice and recognize there are professionals out there who are much more qualified than them to extract information about a child’s wishes. At least in Maricopa County, Court’s now defer this sensitive fact-gathering responsibility to mental health professionals in a very controlled and comfortable setting.

For many years, the law simply required a court to consider “a child’s wishes.” Notably, however, the law as of January 1, 2013 requires a court to now first consider whether a child is of “suitable age and maturity” before taking into consideration his/her wishes. Whether a child is of “suitable age and maturity” is determined on a case-by-case basis. This is a significant change and how this additional requirement plays out is yet to be seen. Certainly, the Court will review the child’s ability to effectively convey their thoughts and wishes to the interviewer and will also consider whether the child has any physical or cognitive disabilities that may impact his/her maturity level.

Admittedly, the above information fails drastically at giving clients a sense of certainty in the process. This happens often with issues in Family Court. But, I have gained some perspective based on my years of experience litigating high-conflict, high-asset divorce and paternity matters. Here is some food for thought. As a general rule of thumb, I have experienced that Judges place equal weight on the wishes of a child below the age of ten as it does on the other factors in the statute. If a child is between the age of ten and sixteen, that child’s wishes are given more considerable weight due to a presumably heightened maturity level. Frankly, once a child turns sixteen (especially if the child has a driver’s license), their wishes will be considered by some Judges to be determinative absent other extenuating parental fitness issues. This makes sense if you think about it. I once had a Judge tell me (I am paraphrasing now) that no matter what he ordered a child is going to go where a child wants to go at that age. In fact, that is exactly what I did when I was sixteen after my parents divorced.

Everyone knows that that divorce is especially hard on the children. But to avoid an unfortunate situation, like in the 1979 film, consult with a competent attorney who will be able to assess your specific situation and provide sound advice on how to go about making sure your child’s wishes are paramount in the Court’s decision-making process.

Kaine Fisher, Director of -Rose Law Group Family Law Department, can be reached at kfisher@roselawgroup.com or- 480-240-5649