Ask the Expert: Concussions and Children

Ask the Expert: Concussions and Children

Q: My son banged his head hard when he was tackled during a football game and said he had a headache, was dizzy, and sick. He thought it was just “getting his bell rung” and that he could shake off the injury to finish the game. He finished the game, but afterwards his headache and dizziness got worse.  He couldn’t concentrate in school the next day. Should we take him to the doctor? 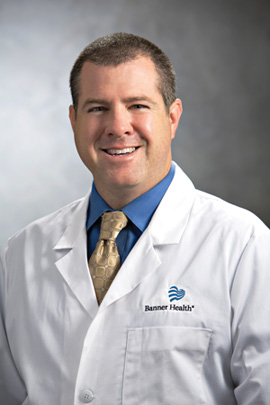 A: Yes. Your son may have a concussion and probably should be looked at by a doctor.

The brain is made up of soft tissue. When a person hits their head, the brain can move inside the skull and be injured. This can result in a concussion, or a temporary loss of normal brain function, which is a form of brain injury. With proper treatment and plenty of recovery time, most people recover just fine.  Those who return to normal activity too early and suffer repeated head injuries can have more serious and potentially long-term side effects such as chronic headaches, memory loss, seizures, or in rare cases, brain swelling and death.

The signs of a concussion aren’t always noticed. Children tend to put themselves at greater risk for another injury because they don’t think anything is wrong. In your son’s case, he continued playing because he thought he could just “shake it off.” A more serious problem could take place if the brain doesn’t heal completely so it is important to recognize and understand the signs of a concussion as soon as possible.

Having a concussion doesn’t mean your child will pass out. Most people assume that concussion equals a loss of consciousness but this isn’t always true. Sometimes, as in your son’s case, they may just feel dizzy or nauseous.  Other signs can include:

• blurred vision and sensitivity to light

• difficulty with coordination or balance

• feeling anxious or irritable for no apparent reason

There are different ways of grading concussions. The most common is a 1-2-3 grading scale.  Knowing what grade your child has can determine what to do next.  A grade 1 concussion means your child has a few symptoms but no loss of consciousness and can usually return to their activity as soon as the symptoms go away. For a grade 2 concussion, there is no loss of consciousness but the symptoms last longer than 15 minutes.  Your child should stop playing and shouldn’t return to any physical activity for at least another week. With a type 3 concussion, the child loses consciousness and should see a doctor as soon as possible.  Regardless of the grade, any lingering symptoms should prompt a medical evaluation.

The amount of time for the healing process can be different depending on the child, the severity of the head injury, and the types of symptoms they have. Always seek medical assistance if you are unsure in any way.  It is always best to take them out of the game if they sustain a head injury then risk having more serious side affects occur.  Most children will return to full and unrestricted activities after their symptoms have cleared.