When the unimaginable happens, survival requires the best from every member of the Level I Trauma team. 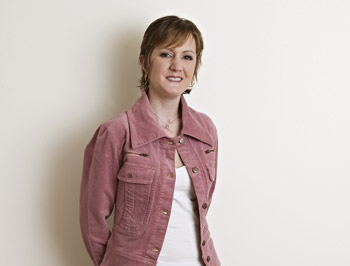 Erin, who originally thought about a career in law, is planning on nursing instead.

A slender, athletic 24-year-old who excels in yoga and piano, Erin McCormick is an honors grad who earned her B.S. at Arizona State University in just three years while working two jobs. She took the LSAT and planned on law school.

Although she’s competitive, she’s never seen herself as an extreme risk taker. But in April 2009 she was in for the greatest risk – her life.

It couldn’t have been more unexpected. Erin was peacefully floating on an inner tube in a cove on the north side of Lake Pleasant – when another boat backed up and sucked her into its propeller.

Erin can’t tell you much about her horrific injuries and miraculous survival; blessedly, she doesn’t remember.

But others saw the propeller whirl into the right side of Erin’s head and body, chopping her skull, jaw and face; shredding her shoulder, collarbone and torso; slashing her arm to the bone four times between elbow and wrist. Bleeding from her mangled flesh was prodigious; more urgently, her airway was compromised, which meant breathing was a challenge.

Mixed jurisdictions in Maricopa County’s outlying areas mandate multi-agency cooperation. The Sheriff has authority on the water. On shore, Peoria is responsible. In the sky, it’s the Department of Public Safety.

“She was a ‘blue alert,’ the most critical trauma injury,” said trauma surgeon Peter Ferrara, MD.

When someone is that brutally, massively injured, how does the trauma team decide what to do first? “It’s not easy, but it is A-B-C,” Dr. Ferrara said. “A for airway – is it open? If obstructed by injury or blockage, it must be cleared first. B for breathing – if necessary, we’ll do that for the patient – and C for circulation. That means stop the bleeding, resuscitate the heartbeat and replace lost body fluids and blood – all at the same time!”

Dr. Ferrara immediately took Erin to surgery. While he worked, anesthesiologist Gerry Peiser, DO, “pushed” 40 units of blood into Erin’s hemorrhaging body at the rate of almost one per minute. A unit normally takes an hour to transfuse; 40 units is almost three times an adult’s blood volume.

“Dr. Ferrara was amazing and deserves a lot of credit,” commented reconstructive hand surgeon Lloyd Champagne, MD, “but the champion is the anesthesiologist.

“If you’ve never seen a trauma team in action, you cannot imagine the superhuman balancing act for an anesthesiologist to keep patients alive while putting them to sleep, all while performing heavy-duty physical labor keeping the blood supply replaced with nonstop transfusions and while tracking her electrolytes and other body chemistry every 20 minutes. Dr. Peiser did a masterful job.”

Dr. Peiser is a little more self-deprecating. He simply credited his success to his ability to move quickly under pressure.

Reconstructive surgeon Pablo Prichard, MD, did a brief surgery to prevent Erin’s mouth bacteria from infecting her exposed jawbones. “I would have preferred to do more at that time,” Dr. Prichard said. “The earlier you can repair nerve damage, the better the outcome. But Erin just wasn’t strong enough.”

She went to Intensive Care for further transfusions and stabilization while doctors reviewed X-rays and CT scans of her head, neck, chest, abdomen and pelvis.