Kate Walsh, known best as Dr. Addison Montgomery of “Grey’s Anatomy” and “Private Practice,”  is taking her name and brand to a whole new level. The debut of her second signature fragrance, Billionaire Boyfriend, this past spring and an upcoming role in this fall’s most anticipated film, “The Perks of Being a Wallflower,” Walsh is quickly turning into a modern-day renaissance woman. With her time on “Private Practice” coming to an end next year, the Tucson-raised actress chats with us about her mega-successful beauty ventures, upcoming projects and long-term career goals. 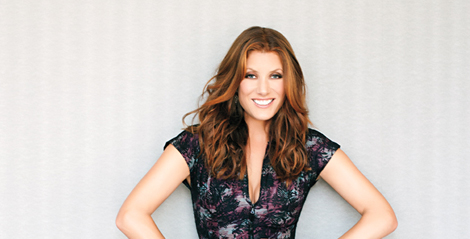 QUICK FIRE:
Favorite way to relax and unwind: Bathtub and red wine.
Best hidden talent: Drumming.
Favorite location to travel: Mexico—the Mayan Riviera.
Best personal fangirl moment: Meeting U2 after following them to an airport after their concert in Tucson.
Celebrity crush growing up: Gregory Peck and Carey Grant.
Dream superpower: To fly.
Something no one knows about you:  I used to play clarinet and just how much I enjoy laying around in bed.
Biggest vice: Self-doubt.
What would you tell your teenage self? The world is much bigger than Catalina High School. It just gets better and better and better.