Matters of the Heart

Matters of the Heart

One family’s struggle to honor their children will comfort those coping with similar misfortunes and help to find a cure for a rare syndrome. 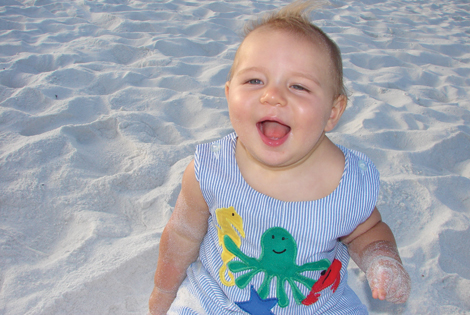 Laurian and John Scott, former Phoenix residents, were not new to facing extreme obstacles or learning how to balance fear and emotion. Their newest arrival, Noah, would undergo open-heart surgery at just two days old. What the Scotts were not prepared for was the silent disease that would first overpower their daughter, Elenna “Thisbe,” and then take aim for Noah.

It began on Thanksgiving of 2005, when Laurian noticed a slight wheeze from then 17-month-old Thisbe. Attributing it to allergies or a cold, Laurian was not alarmed. Over the next week, Thisbe’s slight wheeze progressively grew worse. Doctors at Phoenix Children’s Hospital thought Thisbe’s wheeze stemmed from a swallowed object and labeled her wheeze a “stridor” (a sharp sound heard only on an inhale). X-rays were inconclusive, so doctors went forth with surgery. Tests soon confirmed that Thisbe’s vocal cords were paralyzed. On New Year’s Eve, Thisbe was rushed to the hospital, where she turned blue. That night, the Scotts made a wrenching decision and agreed with doctors that Thisbe needed a tracheotomy. That decision would leave Thisbe with no vocal ability and Laurian and John without hearing their little girl’s voice again. Five exhausting months later, Thisbe was diagnosed with Brown-Vialetto-Van Laere Syndrome (BVVL).