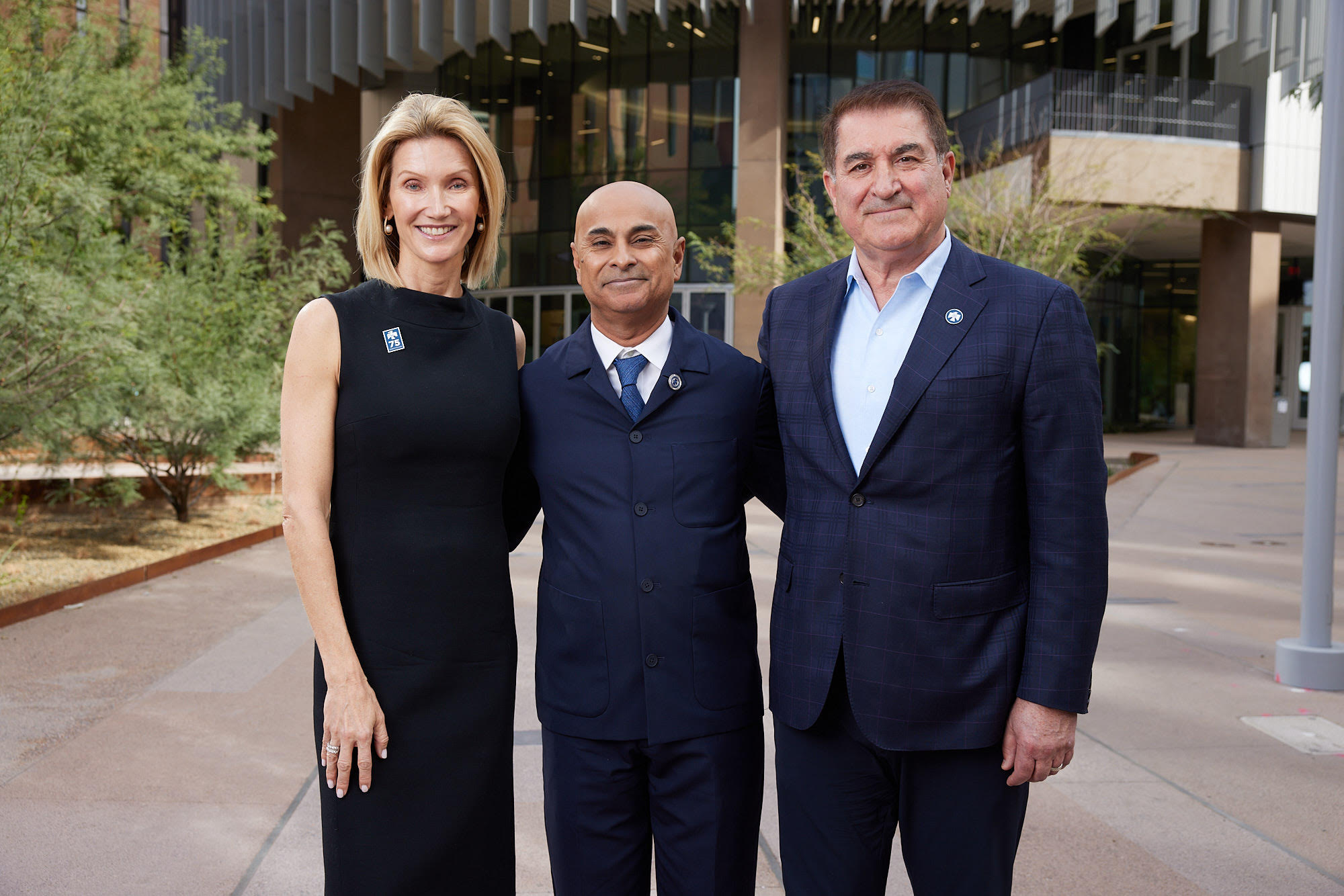 Thunderbird School of Global Management, home of the world's No. 1 ranked Master's in Management at Arizona State University, ranked No. 1 for innovation in the U.S., have announced a transformative new global initiative to educate and empower 100 million learners by 2030.

Thanks to a historic $25 million donation from the Francis and Dionne Najafi Global Initiative, Thunderbird will offer an accredited online Global Management and Entrepreneurship Certificate, consisting of five world-class courses in 40 different languages. Of the 100 million learners the program will reach worldwide, it is estimated that 70% will be women and young women. Never before has such an ambitious global higher education program been launched. The certificate will be covered by full scholarships and thus no cost to students because of the philanthropic support undergirding the initiative.

The Francis and Dionne Najafi Global Initiative has been made possible through a generous initial gift of $25 million from prominent Phoenix businessman and Thunderbird alumni F. Francis Najafi ’77 and his wife Dionne Najafi ’06.

The United Nations estimates that the COVID-19 pandemic has erased 20 years’ worth of educational gains and digital online education has accelerated and expanded dramatically to fill the gap. In addition, the uncertainty and disruption that has come to characterize this era of rapid technological change has displaced many workers and professionals all over the world, increasing the need for upskilling and reskilling in order to seize the immense opportunities of the Fourth Industrial Revolution.

“Thunderbird is the most global and digital leadership and management academy in the world and has touched over two million learners in its renowned 75-year history. Over the last four years, we have engineered the greatest turnaround in higher education history. At Thunderbird, our vision is a world of sustainable and equitable prosperity, and as part of Arizona State University – the #1 school for innovation seven years running – we measure success not by whom we exclude, but rather by whom we include,” said Thunderbird Director General and Dean, Dr. Sanjeev Khagram. “As a refugee of Idi Amin’s Uganda, my life was transformed by having access to world-class education, so this is deeply personal for me. The Najafi Thunderbird Global Initiative is educational inclusion, innovation, and impact at a worldwide scale.”

The learners in the Francis and Dionne Najafi Global Initiative will receive a badge for each course they complete and a 15-unit accredited certificate upon successful completion of all five courses. They will gain 21st century skill sets to catapult their professional careers. They will also have an almost limitless number of lifelong learning options and alternative educational pathways through Thunderbird and ASU, or will be able to transfer the credits to other universities worldwide. Providing these opportunities over the long-term ensures that the Global Initiative will continue to pay dividends well into the future, breaking down barriers and opening new educational opportunities for individuals across generations worldwide.

“Access to higher education and the need for equity and inclusion is one of a global scale. One of the reasons Arizona State University is so pleased to have Thunderbird as part of our enterprise is because it is a school that has been focused on sustained prosperity worldwide for decades,” said ASU President Michael Crow. “The commitment made to the school by Francis and Dionne Najafi will impact communities around the world and be a force that brings all of us closer together. We are grateful for their commitment to a borderless expansion of the opportunities that come with higher education.”

Educating 100 million learners by 2030 will require a strategic, phased approach. In year one, the Global Initiative aims to reach learners in Iran, Kenya, Mexico, Indonesia, Egypt, India, Senegal, Brazil, and Vietnam in their native languages. By year two, the program will be expanded across Africa, the Middle East, Asia and Latin America to at least 25 languages. By year four or earlier, the Global Initiative will have expanded to Europe and Central Asia and 40 total languages - thus available for learners worldwide. Eventually, the initiative will be available for learners worldwide, reaching our goal of 100 million learners.

The Francis and Dionne Najafi Global Initiative will provide millions of people with the global management and entrepreneurship skill sets that are not only imperative to accelerate personal success and economic prosperity but also to address persistent poverty and increase inequality worldwide. Interested individuals can request additional information and pre-register at: www.thunderbird.asu.edu.