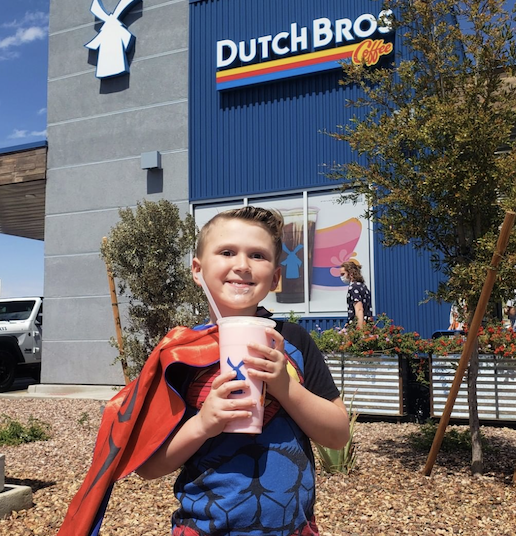 “Every year, our amazing community steps up to help us support Phoenix Children’s Hospital,” said Josh Hayes of Dutch Bros Phoenix. “We’re so incredibly thankful to be a small part in giving children and families hope.”

The Dutch Bros Foundation is dedicated to building deeper connections through engagement in the communities they serve. Through the foundation, Dutch Bros donates several million dollars to its local communities and nonprofit organizations.

“Phoenix Children’s Hospital radiates love and light through the life-saving work they do every day,” said Dutch Bros VP of Philanthropy, Katie Hutchinson. “We’re honored to support their mission and are truly amazed to see how big our customers showed up for their community.

“The outpouring of community support for the Dutch Bros Day of Giving was astounding,” said Steve Schnall, senior vice president and chief development officer at Phoenix Children’s Hospital Foundation. “This was a record breaking Day of Giving for Dutch Bros and the money donated will impact so many patients and help with critical services that Phoenix Children’s provides. We are grateful for our partnership with Dutch Bros.”