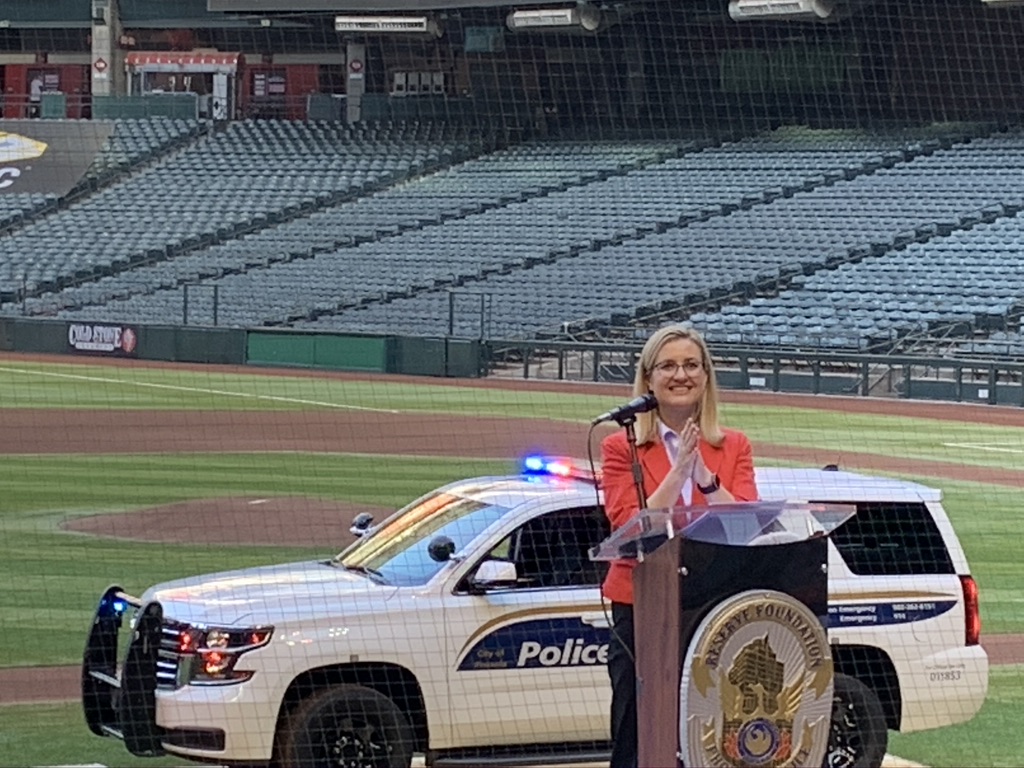 The Phoenix Police Reserve Foundation just received three new, customized police Chevy Tahoes and one uniquely-wrapped Chevy Camaro partially donated to the Foundation by Courtesy Chevrolet. Each of the vehicles was on full display Friday night at a recognition ceremony (video of Mayor Gallego honoring the 125 reserve police officers and their families) hosted by Phoenix Police Reserve Foundation President and President and CEO of the Arizona Diamondbacks, Derrick Hall at Chase Field and featuring remarks by Phoenix Mayor Kate Gallego, Assistant Police Chief Scott Finical and Hall. One hundred twenty-five reserve police officers and their families were in attendance and recognized.

“Our reserve police officers are community-minded volunteers who tirelessly serve and protect our City as full-authority police officers. They hold many different assignments throughout the department and serve alongside our full-time officers.  The police vehicles donated to the Reserve Foundation in partnership with our community businesses will be immediately put to use and will aid our reserve officers in delivering essential police services to our community,” said Chief Jeri Williams. 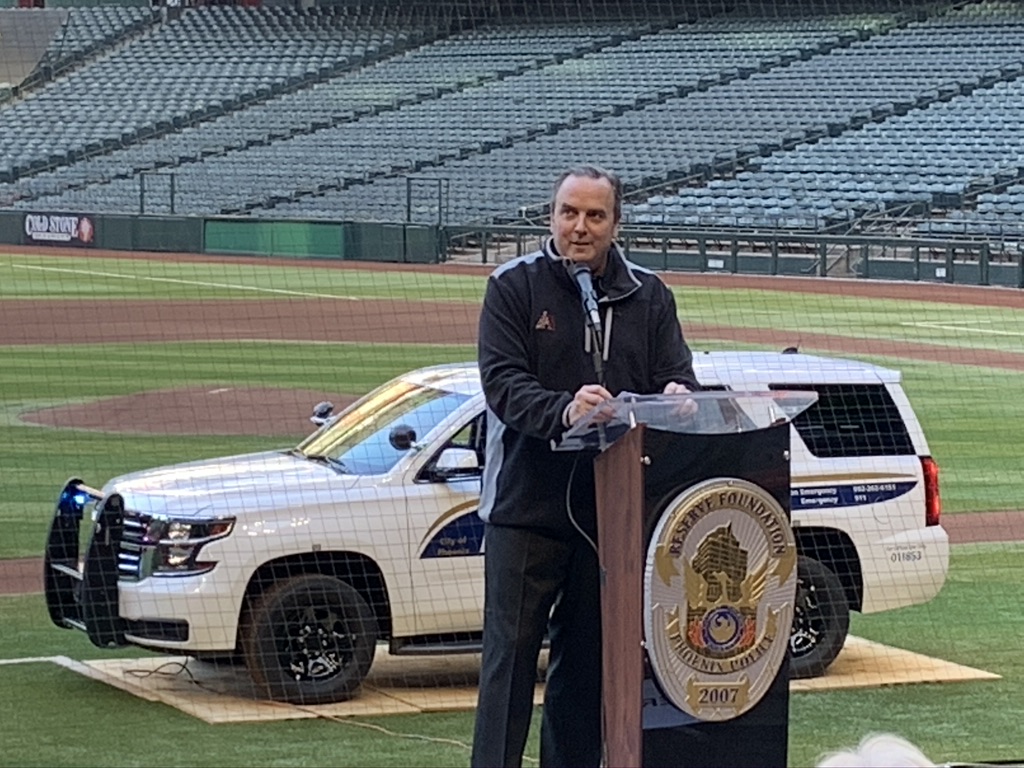 Hall said, “We are humbled and thrilled that Courtesy Chevrolet has stepped up to ensure that our reserve officers, who donated 39,357 hours of sworn police services in 2019 and 2020, will have state-of-the-art vehicles at their disposal. Providing these men and women with the finest equipment to successfully do their jobs is one of the missions of the business and community leaders who make up our board composition.”

Coming from many professional backgrounds, reserve police officers are also stockbrokers, salespersons, professors, bankers, engineers, firefighters, attorneys, physicians, businessmen and women, mortgage brokers, graphic designers, real estate agents, and many other professions. Several reserve officers have more than 35 years of service, and others have individually contributed more than 25,000 hours of service to the police department and citizens of Phoenix.

About Courtesy Automotive Group
Courtesy Automotive Group began in Phoenix as Courtesy Chevrolet in 1955 and has grown to 6 dealerships in Arizona and California proudly providing customers with new Chevrolet, Volvo, Chrysler, Dodge, Jeep, Ram, and Kia vehicles. Courtesy is a 3rd generation family-owned business owned by Scott Gruwell and is one of the largest Chevrolet dealerships for all of General Motors. Courtesy empowers its 750 employees to build a better future. Courtesy celebrates its diverse products, people, suppliers, communities and the characteristics that have garnered numerous J.D. Power awards for customer satisfaction and helped Courtesy top the “Ranking Arizona-Best of Arizona Business” list.  As the second-largest privately held automotive group in Arizona, Courtesy has sold more than 2.5 million vehicles to individuals, small and large businesses and government organizations in 35+ states and around the world. In metro Phoenix, Courtesy serves 250,000+ customers per month with vehicle sales, service and parts sales.