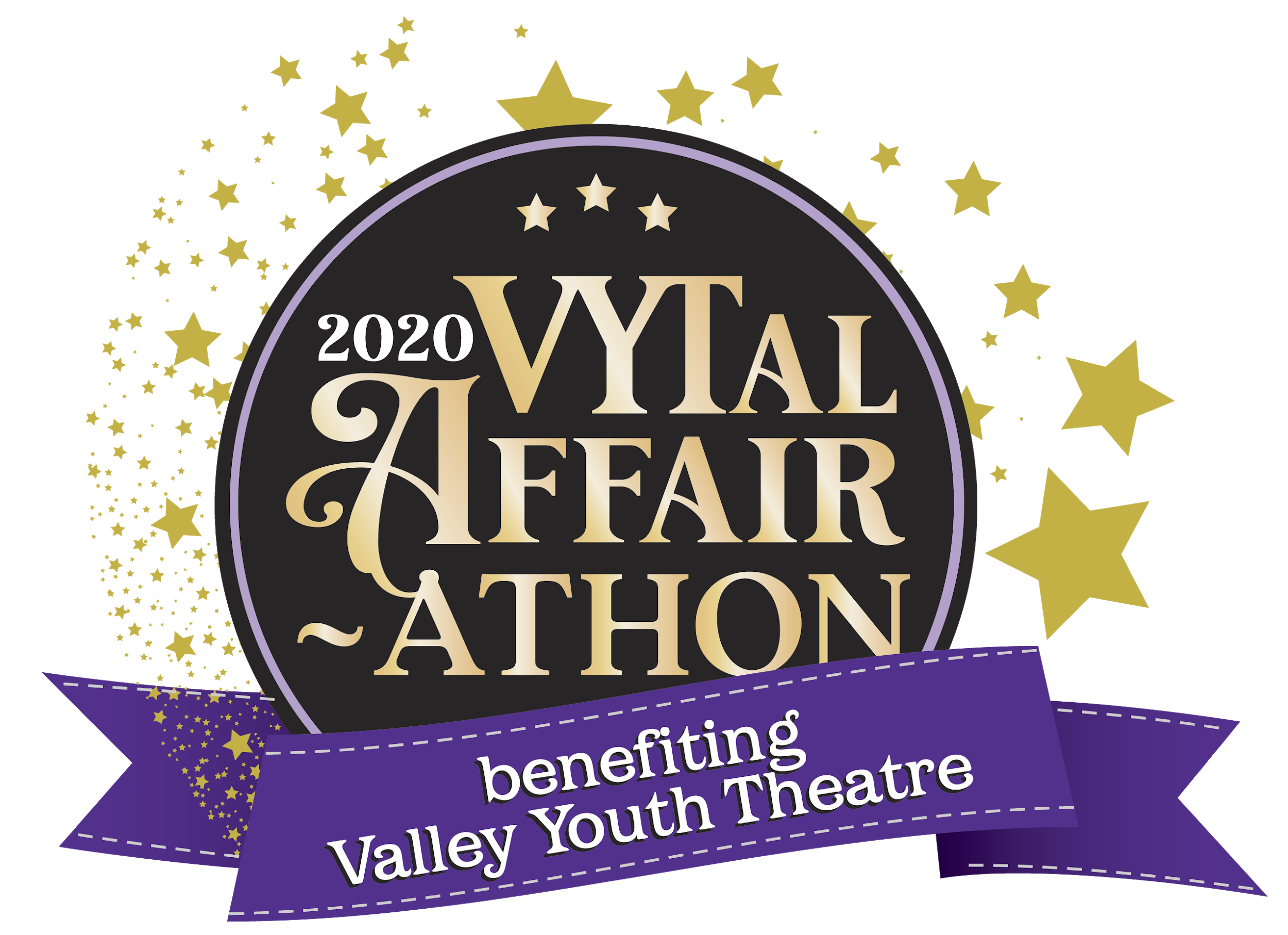 Due to the COVID-19 pandemic, Valley Youth Theatre (VYT) has replaced its annual fundraising gala with an eight-hour virtual telethon, The VYTal Affair-athon, to be streamed live on YouTube, Facebook, and www.vyt.com. It takes place Saturday, August 22, from 10:00 am to 6:00 pm with a goal to raise $250,000 to ensure the nonprofit theatre can continue offering digital engagement for young performers, throughout the current crisis, and reopen with its signature fee-free acting structure and low-cost ticket pricing, once it is safe to do so.

Like all other arts organizations, VYT has been negatively impacted by COVID-19, having to cancel their last two shows of the 31st season and the first two shows of the 32nd season – so far. They’ve also had to cancel their in-person performing arts camps and classes or replace them with significantly smaller online versions. Their 26th annual fundraising gala, VYTal Affair, was also canceled to accommodate social distancing and gathering size limitations since it typically includes live entertainment, live and silent auctions, cocktails, and donated food from Valley restaurants.

In an effort to help the theatre raise money and give children the opportunity to perform, owners of a local full-service marketing company, Two: Second Media, owned by VYT Parents Chris and Candace Weir, offered to produce a virtual telethon for VYT at no charge. The theatre recognized it as a way to replace VYTal Affair with something no other local company has done, an eight-hour Jerry-Lewis-style telethon featuring live and recorded performances by VYTKids, from around the world.

Stated VYT Producing Artistic Directory, Bobb Cooper, “I believe VYT has always been at the right place at the right time and that we can always find the silver lining in anything that might come our way, including this pandemic. Because of the kindness, goodness, and wholesomeness of what we do, wonderful opportunities seem to present themselves to us. Because we were able to positively impact the lives of their child, these wonderful people offered to give us something we never dreamed of.”

Due to social distancing, most of the telethon will have been pre-recorded. It will also include live Zoom interviews with alumni, original songs written specifically for the event, virtual cast reunions, multi-track numbers, and a few surprise guests. Each hour will be virtually hosted by a local Phoenix celebrity. Committed so far are Yetta Gibson, Gina Salazar Hook, John Hook, Cory McClosky, and Brad Perry.

VYTal Affair is not only VYT’s largest annual fundraiser, but it also introduces all attendees to local young performers and the high-quality, professional productions that VYT presents, every season. This year’s virtual format has the potential to reach a global audience, creating a first-time opportunity for young performers to receive exposure outside of Phoenix since VYT’s performances aren’t permitted to be recorded or televised.

Said Cooper, “For the first time ever, we will be able to showcase the incredible talent Phoenix has to offer, to people around the world. We have performers from the age of nine to seasoned professionals who were in our shows in 1989. They include attorneys, police officers, professional cheerleaders, and drag queens, Broadway performers, TV stars, and even Academy Award winners. I’m really looking forward to the applause we won’t hear, but will be able to read in the comments, later.”

When asked what it’s been like working with former cast members, he replied, “I’ve shed so many tears of joy. Although I try to keep in contact, it’s been great reconnecting with folks from the past few decades. This has brought them many of them back to our theatre - and back to Phoenix.” He added, “We sent everyone a survey asking them what VYT has meant in their lives and what it helped them learn, enjoy or overcome. Their responses have literally overwhelmed us. To hear the ways our theatre impacted their lives has been extraordinary. It’s the fuel that gets me through every day and why we’re going above and beyond to create something this town has never seen!”

For information about sponsoring, donating, or providing an in-kind gift to the telethon, go to www.vyt.com.