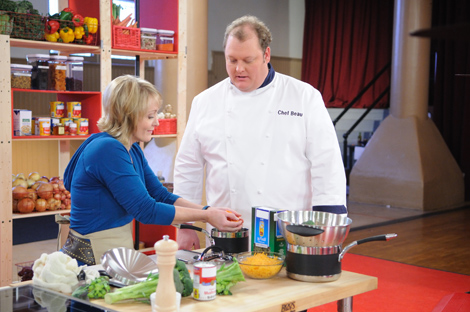 The Valley is no stranger to Beau MacMillan, the affable chef with the unmistakable Boston accent from elements restaurant at Sanctuary Camelback Mountain Resort and Spa. And, now, he’ll be a familiar face to the rest of the nation. On Jan. 3, “Worst Cooks in America” will debut on the Food Network, starring Chef MacMillan as one of the show’s two hosts. (New York chef Anne Burrell will also be featured.)

“Worst Cooks in America,” a six-week series, features 12 self-proclaimed culinary novices, split into two teams. “[The contestants are in a] head-to-head battle to rise to the top of the class, so to speak, in a culinary boot camp,” MacMillan says. “We eliminate cast members until we’re down to one.” The last two standing contestants get to cook for a panel of judges, with the winner receiving a $25,000 price—and some culinary know-how that they’ve picked up along the way. 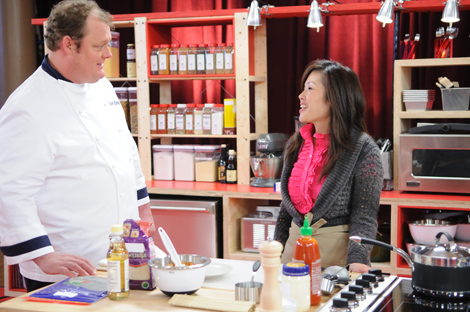 Though the TV screen is no stranger to reality cooking competitions, MacMillan says that “Worst Cooks in America” features everyday people that viewers will genuinely want to root for. “I get to work with people in the kitchen every day that come from culinary backgrounds, have worked in previous restaurants or have a degree from a training program,” MacMillan explains. “Seeing these guys come out fresh into this industry that they know nothing about...you couldn’t take things for granted. [They lack] common everyday things that you pick up in a kitchen, from timing to memory. [These are] everyday people who just really don’t have a clue.”

While the contestants were found via ads and from people writing to the Food Network, MacMillan was asked by the network to audition for the show. After being featured on “Iron Chef America” in 2006, the network considered MacMillan for another program. This time, for “Worst Cooks in America,” MacMillan was the man for the job. Though there’s still no word about whether the new show can look forward to a second season, MacMillan is hopeful: “The good news is that, from what I’m hearing from Food Network, is that the people at the network really like it. I’m hoping the everyday people on the street will like it.”

See the Valley’s own Chef MacMillan head up Team Blue when “Worst Cooks in America” airs on Jan. 3. The finale is set for Feb. 1. www.foodnetwork.com.