7 Wives Saison. Sounds like a French romance novel, doesn't it? It is a type of romance story actually--one that's brewing between four of Arizona's finest chefs and Scottsdale-based Sonoran Brewing Company. 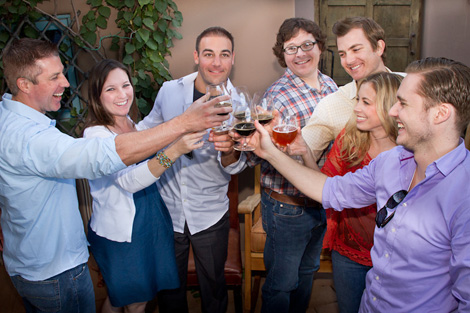 The plot centers on the exciting relationship between the culinary and craft beer scene in the Valley. The setting? The local brewery and four local restaurants. The characters are the chefs, local farmers, a local artist, and even a local charity.

Sonoran Brewing has launched a year-long chefs series of incredible brews. This is how it works: each chef designs and brews a unique beer with Brewmaster Zach Schroeder of Sonoran Brewing Company using local ingredients. Fifty percent of sales from these amazing brews (and some delicious matching entrees served at the 4 participating restaurants) go to Waste Not, a local charity that fights hunger in Arizona. 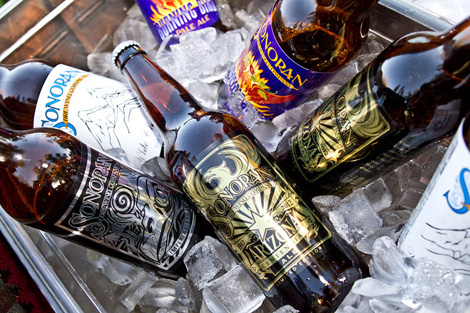 Saturday's party at LON's at the Hermosa Inn launched both the Chef Series and the first of the 4 special brews. Chef Jeremy Pacheco’s "7 Wives Saison" brew is a winner. The taste begins with the malts and then all of the subtle local flavors hit the palate. The Saison (French for "season") includes fennel from LON’s garden and McClendon’s Select Organic Farm in Peoria, Arizona wheat from the Pacheco farm in Marana, fresh pink peppercorn from Singh Farms in Scottsdale and mesquite syrup from Cotton Country Jams in Phoenix.

Chef Jeremy named his brew in honor of Lon Megargee, who was a local artist and founder of Casa Hermosa (now the Hermosa Inn) . The "7" ingredients are a reference to Lon's 7 Wives. Very novel...and romantic! Local artist Ellison Keomaka designed the labels for each brew that will be featured during the series. Ellison also attends each tapping party and creates a painting which is auctioned off with proceeds going to Waste Not.