Big news in the culinary world! Food & Wine magazine has just announced the nominees for their second-annual “People’s Best New Chef” awards. One hundred chefs from across the U.S. have been nominated, and there are 10 chefs selected from each region. Nominees have the chance to win the national prize, which brings a large amount of visibility to the chef’s talents. In this year’s Southwest Category, there is one nominated chef from Arizona. Drum roll please.... It's Chef Justin Beckett, of Beckett's Table in Phoenix. 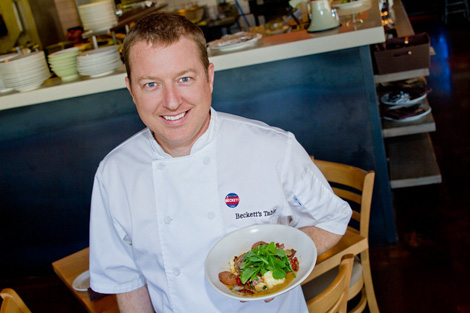 AFM: How did you find out that you were nominated by Food & Wine magazine?

JB: They contacted me a few months ago. They said that they just wanted to "update"
chef bios and they wanted mine updated. Then they called back. Then they called me
again...to let me know that I was nominated. I have had to keep it a secret until the
nominations were announced earlier this week.

AFM: The "I Voted Beckett" stickers are everywhere. Your staff members are all
wearing them.

JB: We're having a fantastic time with this. My staff is unbelievable. They cook their
faces off every night. It's a total team effort. I wouldn't trade them for anything.

AFM: You're known for your fresh take on traditional favorites.

AFM: Congrats on the nomination. How can we support you?

JB: Thank you! Please vote for us! Tell all your friends. This week only, until Sunday,
at www.beckettstable.com. 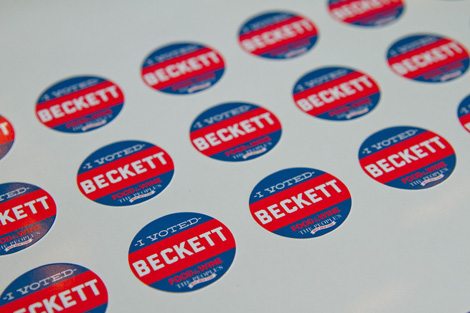