After raising $28 million toward the development of its Central Phoenix campus, The Phoenix Theatre Company will break ground on a new 500-seat state-of-the-art theater this summer. 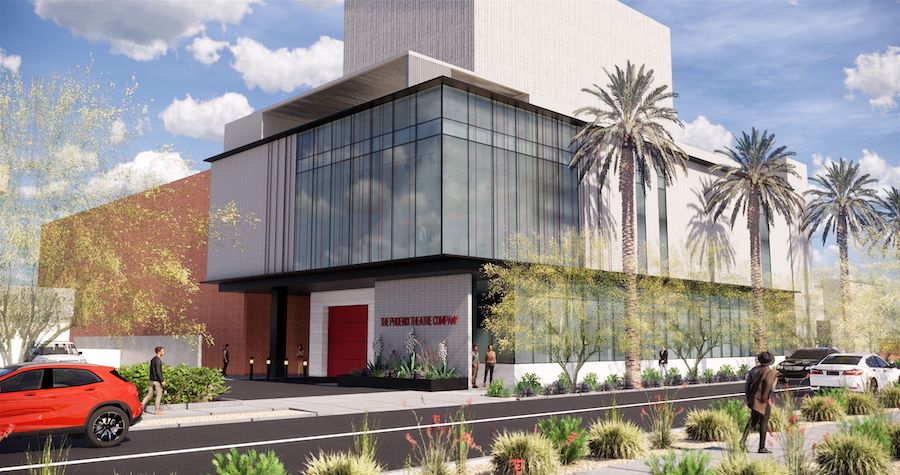 The new and expanded theater is phase one of the company’s campus development project, which will support the Theatre’s work in providing exceptional pre-Broadway productions and inclusive community service programs for children as well as individuals with disabilities.

Funding is currently being raised for phase two of the project, which will allow the Theatre to construct ADA-compliant rehearsal spaces, offices and educational facilities as part of the General Obligation Bond that will be presented to voters in November 2023.

“If approved by the voters in the fall, this funding will be transformational to children, artists and staff like myself who have mobility issues,” says The Phoenix Theatre Company Managing Director Matt Schaefer in a statement. “For 16 years I have pulled myself up a steep non-compliant ramp to get to my office. This funding will remove barriers to my work as well as remove barriers to participation for so many others making our programs and services even more accessible.”

The Theatre plans to raise $45 million for this second phase of its campus development plan. Contributors to the Theatre include The Phoenix City Council as well as locally and nationally well-known names, such as Steven Spielberg, Billie Jo and Judd Herberger, Mr. Richard J Stephenson, and Dr. Stacie J. Stephenson.

“Over two decades in the making, this endeavor elevates the status of Arizona within the region as well as the nation as a destination for performing arts in the western part of the country and will serve to provide additional economic impact to both the artistic and the broader Phoenix community,” says The Phoenix Theatre Company Executive Director Vincent VanVleet in a statement. “With previous investments in phase one, the $45 million additional funding will constitute a total $70 million investment by donors to The Phoenix Theatre Company since 2003, making it one of the largest investments in a regional theatre in the country.”

The Phoenix Theatre Company has grown to become the largest regional theatre in Arizona with nearly 500 performances on multiple stages, 130 full-time employees, a $12 million annual operating budget and thriving education and outreach programs, including their Partners That Heal Program and Adventure Stage.

More information and donation opportunities can be found here.