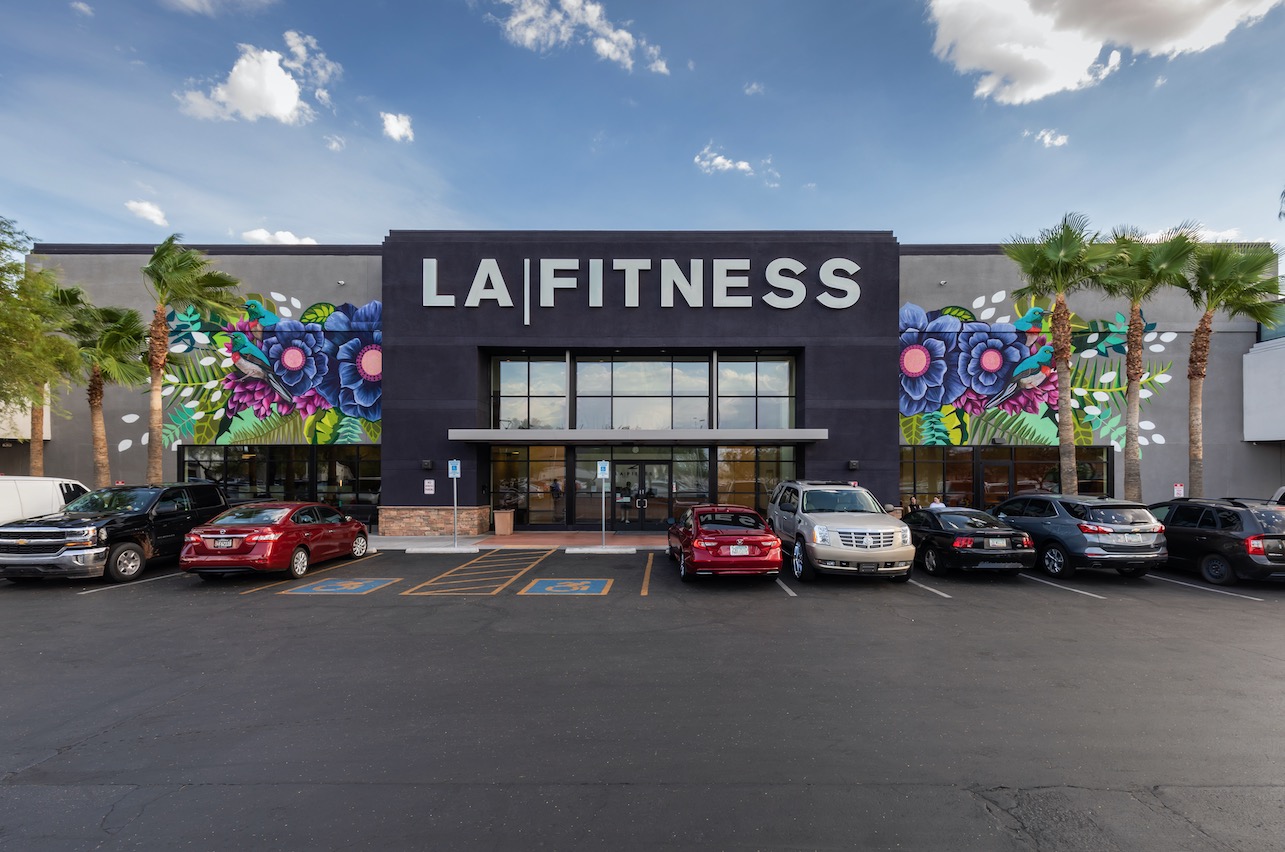 Need some motivation to work out? The LA Fitness at Southern and Mill Ave. has some new exterior artwork worthy of a place on your 'gram.

Best known for her viral mural "Three Birds" in Phoenix's Roosevelt Row and named one of Phoenix's Top 100 Creatives by Phoenix New Times, Lee's newest creation can be found on the front of the building.

Boulevard Investment Group chose Lee specifically for this project because of her ability to create art that captures a sense of connection and community, which is what the colorful, desert-modern mural aims to do for the redesigned shopping center.