For most people, the due date for filing a 2013 federal income tax return is April 15, 2014. Here are a few things to keep in mind this filing season. 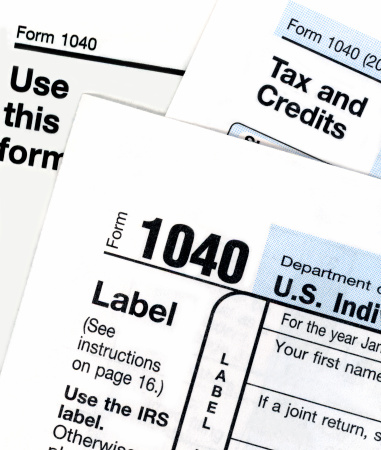 Lots of changes to consider

While most individuals will pay taxes based on the same federal income tax rate brackets that applied for 2012, a new 39.6% federal income tax rate applies for 2013 if your taxable income exceeds $400,000 ($450,000 if you're married filing jointly, $225,000 if married filing separately). If your income crosses that threshold, you'll also find that a new 20% maximum tax rate on long-term capital gain and qualifying dividends now generally applies (in prior years, the maximum rate was generally 15%).

You may also need to account for new taxes that took effect in 2013. If your wages exceeded $200,000 in 2013, you were subject to an additional 0.9% Medicare payroll tax--if the tax applied, you probably noticed the additional tax withheld from your paycheck. If you're married and file a joint tax return, the additional tax kicks in once the combined wages of you and your spouse exceed $250,000 (if you're married and file separate returns, the tax kicks in once your wages exceed $125,000). One thing to note is that the amount withheld may not accurately reflect the tax owed. That's because your employer calculates the withholding without regard to your filing status, or any other wages or self-employment income you may have received during the year. As a result, you may end up being entitled to a credit, or owing additional tax, when you do the calculations on your return.

And, if your adjusted gross income (AGI) exceeds $200,000 ($250,000 if married filing jointly, $125,000 if married filing separately), some or all of your net investment income may be subject to a 3.8% additional Medicare contribution tax on unearned income. Additionally, high-income taxpayers (e.g., individuals with AGIs greater than $250,000, married couples filing jointly with AGIs exceeding $300,000) may be surprised to see new limitations on itemized deductions, and a possible phaseout of personal and dependency exemptions.

If you qualify to claim a home office deduction, starting with the 2013 tax year you can elect to use a new simplified calculation method. Under this optional method, instead of determining and allocating actual expenses, you simply multiply the square footage of your home office by $5. There's a cap of 300 square feet, so the maximum deduction you can claim under this method is $1,500. Not everyone can use the optional method, and there are some potential disadvantages, but for many the new simplified calculation method will be a welcome alternative.

You generally have until April 15 to contribute up to $5,500 ($6,500 if you're age 50 or older) to a traditional or Roth IRA for 2013. With a traditional IRA, you may be able to deduct your contribution (if you or your spouse are covered by an employer plan, your ability to deduct some or all of your contribution depends on your filing status and income). If you make contributions to a Roth IRA (your ability to contribute depends on your filing status and income) there's no immediate tax benefit, but qualified distributions you take in the future are completely free from federal income tax.

Filing for an extension

If you're not going to be able to file your federal income tax return by the due date, file for an extension using IRS Form 4868, Application for Automatic Extension of Time To File U.S. Individual Income Tax Return. Filing this extension gives you an additional six months (to October 15, 2014) to file your return. Don't make the mistake, though, of assuming that the extension gives you additional time to pay any taxes due. If you don't pay any taxes owed by April 15, 2014, you'll owe interest on the tax due, and you may owe penalties as well. Note that special rules apply if you're living outside the country or serving in the military outside the country on April 15, 2014.

• Increased Internal Revenue Code (IRC) Section 179 expense limits ($500,000 maximum amount decreases to $25,000 in 2014) and "bonus" depreciation provisions
• The $250 above-the-line tax deduction for educator classroom expenses
• The ability to deduct mortgage insurance premiums as qualified residence interest
• The ability to deduct state and local sales tax in lieu of the itemized deduction for state and local income tax
• The deduction for qualified higher education expenses
• Qualified charitable distributions (QCDs), allowing individuals age 70½ or older to make distributions of up to $100,000 from an IRA directly to a qualified charity (distributions are excluded from income and count toward satisfying any required minimum distributions (RMDs) for the year)